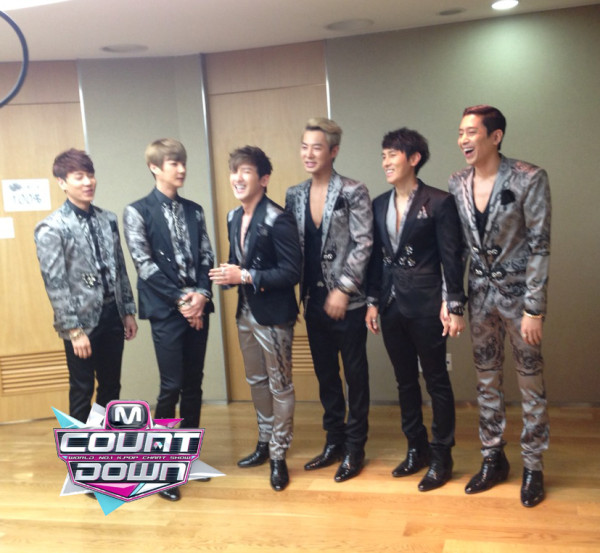 Today’s win at M!Countdown was Shinhwa with the song “This Love,” beating 4Minute‘s “What’s Your Name?.” Congratulations Shinhwa!

Today’s exciting comeback performances featured the cool VIXX with “Hyde,” Sandeul with “It’s Only My World” and the powerful 100% with the song “Want U Back.” Other performances today were by Nine Muses, T-ARA N4, SHINee B1A4, Secret, uBeat, HelloVenus, LC9 and many more.

Next week will feature comeback performances of EXO!

Sandeul – “It’s Only My World”

SHINee – “Sleepless Night” + “Why So Serious?

Hello Venus – “Do You Want Some Tea?”

uBeat – “Should Have Treated You Better”