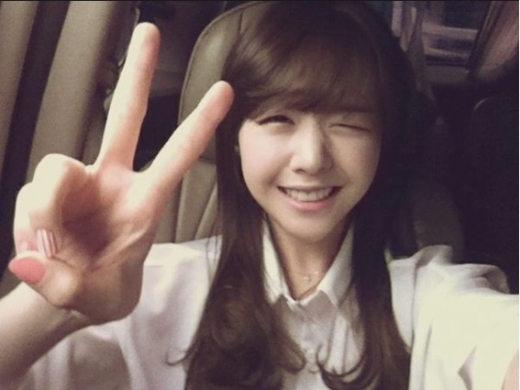 Fans will have another reason to tune into “Master’s Sun,” already ramping up on the excitement for its premiere on August 7. In addition to its A-list leading stars So Ji Sub and Gong Hyo Jin, as well as Seo In Gook in the cast, Girl’s Day Minah has revealed that she will have a guest appearance in the drama.

The girl group member posted on her personal Twitter, “Did you know I got involved for a cameo with ‘Master’s Sun’? The last scene after the shooting! I look forward to your attention,” along with a photo of herself with the series’ leads. Her shot with Gong Hyo Jin shows them in an affectionate side hug, with Minah smiling so widely that her eyes have closed. The shot with So Ji Sub, on the the other hand, shows the senior actor holding up a Girl’s Day album.

Netizens who have seen the picture remarked with “A cameo by Minah? I’ll look forward to it,” “I envy Minah!” “Girl’s Day are also fans of So Ji Sub oppa,” “Looking forward to ‘Master’s Sun'” and other such comments.