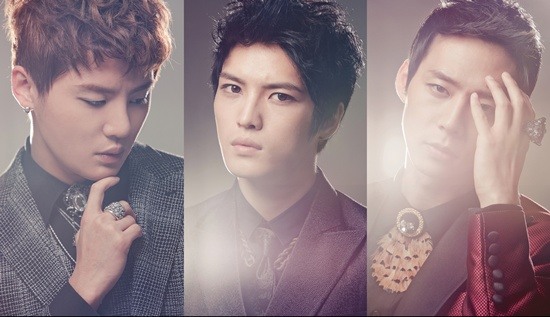 KBS on JYJ’s TV Appearance: “Each Show Will Decide Independently”

Following the Fair Trade Commission (FTC) sanction against SM Entertainment and the KFPCAI for interfering with JYJ‘s broadcasting rights and promotions, forums for SBS’s “Inkigayo,” MBC’s “Show! Music Core” and KBS’s “Music Bank” started to overflow with viewer requests for Junsu’s appearance. Junsu recently released his second full-length solo album, and fans wanted Junsu to be able to promote the album on TV.

There was silence on the part of these shows, but KBS has finally made an official statement. The variety/entertainment department of the network stated, “We understand the sanction issued by the FTC against SM Entertainment and the KFPCAI, but the people in charge of each program make the decisions independently regarding the appearance of singers on programs. Each show independently casts singers or other celebrities.”

In sum, KBS as a whole cannot or will not make a network-wide decision regarding JYJ’s TV appearance. As it was stated before by a source in the music industry, “No matter how bad the viewership ratings are, the music program PD has the most power,” and “If rookie artists want to be on the show, they need to personally meet the PD, which is said to be more difficult than recording an album. With this kind of system, there’s no reason for the PD to really pay attention to JYJ.”

What do you think, Soompiers? Should KBS as a whole take action or can anything else be done to solve the issue of JYJ’s TV appearance?

JYJ
KBS
KPLG
How does this article make you feel?