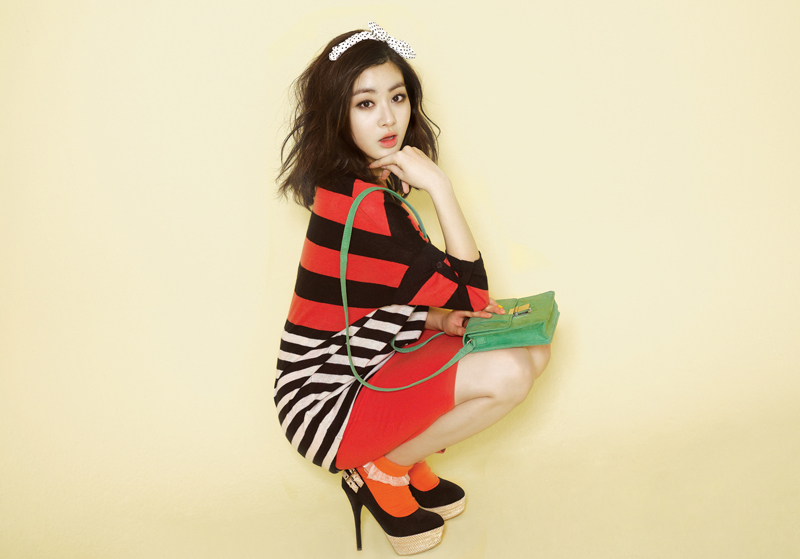 Kang Sora has transformed into a female doctor.

On April 27, the production staff of SBS “Doctor Stranger” has revealed stills of Kang Sora acting as Oh Soo Hyun in the drama.

Soo Hyun is an independent and strong doctor with beautiful looks and comes from a wealthy family. She also has a lover but one part of her heart is filled with loneliness, making her a rounded character.

This is Kang Sora’s first time acting as doctor and in order to play the part, she visited a hospital and participated in a surgery, practiced medicine and performed many other tasks, expressing the affection she had towards her character.

When filming takes place within a hospital, Kang Sora would perfectly focus on doctor, Oh Soo Hyun, by not putting on any make-up, tying her hair, wearing the blue surgery uniform or just putting on the doctor’s gown, giving off the doctor atmosphere.

Also, because she is a well-known doctor, details such as place highlighters and pens in an organized manner in the pocket of the gown, caught the eyes of many.

Many have said that it was Kang Sora’s idea to express the organized characteristic that Oh Soo Hyun had.

Meanwhile, “Doctor Stranger” is about a genius doctor, Park Hoon, played by Lee Jong Suk, who was born and raised in North Korea and Korea’s best elite doctor, Han Jae Joon, played by Park Hae Jin. The two will be facing a great conspiracy. This first episode will be aired on May 5.

Doctor Stranger
Kang So Ra
Kang Sora
How does this article make you feel?