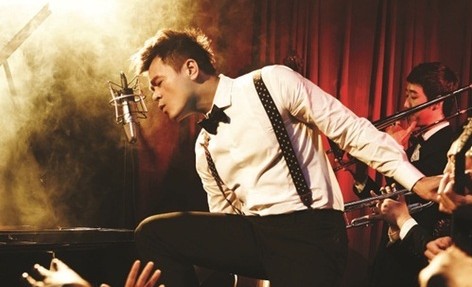 Singer and producer Park Jin Young denied any monetary involvement between his JYP Entertainment and Yoo Byeong Eon, the de facto owner of Cheonghaejin Marine, the operator of the Sewol ferry.

Park Jin Young wrote on his Twitter on April 28, “Other than the fact that my wife is related to the company in question, there is no other connection. Is this a country where you can write anything you want?” In this message, the producer acknowledges that his current wife, whom he married last year, is related to the Yoo family, but denies any other form of connection with the people and company that are being investigated in regards to the Sewol ferry and tax evasion.

Rumors had started to spread earlier in the day that JYP Entertainment had received illegal funding of 500 million KRW from the Evangelical Baptist Church, otherwise known as the Salvation sect. Park Jin Young also denied any personal connection to the religious cult, writing through his Twitter, “My religious position will be clear if you listen to any of my interviews or the music I have released. I have studied many religions over the past few years, but I still don’t have a religion.” Park Jin Young asks, “I hope groundless rumors will stop spreading.”

JYP Entertainment also released an official statement regarding the rumors, stating, “It is true that Park Jin Young’s wife is the niece of the former chairman Yoo Byeong Eon. However, Park Jin Young is not religious, and the agency has never received any illegal funds, not even 10 KRW.”

JYP Entertainment also clarified that the agency is not being investigated regarding its financial transparency. It will also seek legal action against the people spreading the rumors.