According to an Mnet representative on May 5, the show will be meeting its end with the May 6 broadcast of the episode that was to be aired on April 29, but ended up being postponed until now.

However, plans for the next season are still undecided at this time. Mnet has stated, “As of now, the production for another season has not been confirmed.”

In 2010, the first broadcast of the original “Beatles Code” received much attention, with Yoon Jong Shin and Yoo Se Yoon as the hosts. Especially with the interesting combination of the show’s various parts, such as the “Parallel Theory,” the show was able to make itself stand out from the rest.

Also, the show was able to revive itself with the addition of MC Shin Dong Yup for its third season, “Beatles Code 3D.”

On the final May 6 episode of “Beatles Code 3D,” at 11 PM on Mnet, you can watch Jo Sung Mo, Kahi, and Eddy Kim, who will be appearing as the last guests. 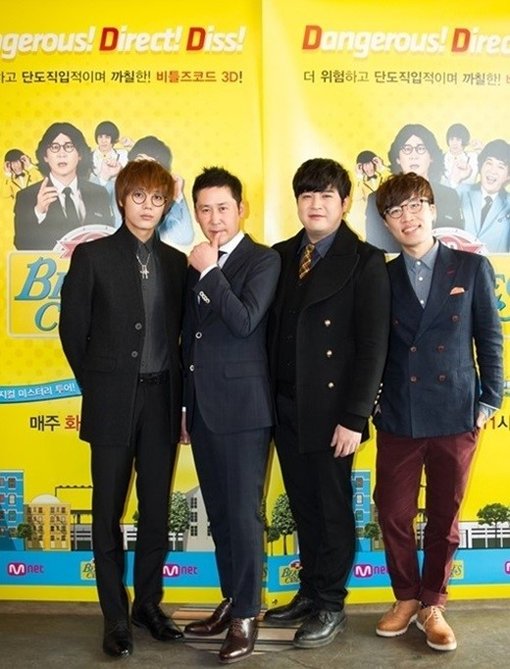 The MCs of “Beatles Code 3D”