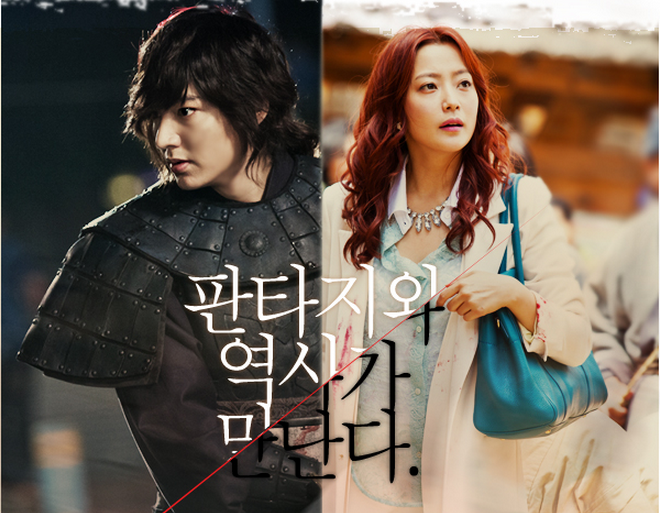 According to Starhaus Entertainment, home to actor Lee Min Ho, his 2012 drama, “Faith,” has been awarded the Best Korean Drama Award at the GyaO Entertainment Award 2014. GyaO is video streaming site run by Yahoo! Japan and boasts a 80 percent share of Japan’s video service market.

The GyaO Entertainment Award 2014 evaluated Japanese and foreign films, dramas, and animation, taking into account the total sales each video accumulated over the past year at its GyaO store. The award ceremony took place in Tokyo on November 11, and “Faith,” which stars Lee Min Ho and Kim Hee Sun in a time travel story about loyalty for country and love that overcomes centuries, won the Best Korean Drama Award.

A rep from SPO, a supplier company that distributes Korean drama content, stated, “Lee Min Ho’s steady popularity and the word spreading that ‘Faith’ is a drama with a theme that Japanese people will like brought on a wave of repeated viewership.”

Congrats to the “Faith” team!