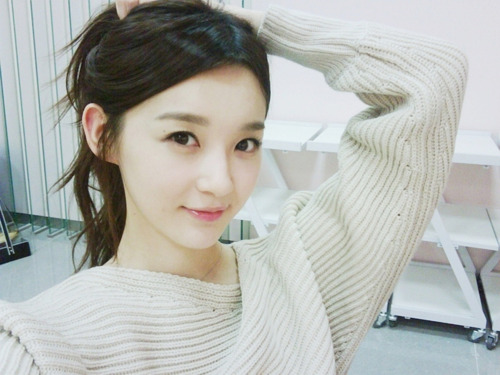 Davichi‘s Kang Min Kyung is making her return as an actress, for the first time in three years. She will be playing the main character of the new drama “Best Lovers” produced by MBC.

In the drama, she will be playing the role of an assistant in an upscale boutique designer store. Her character is a tomboy and a klutz, but at the same time, she is naive, and has an impulsive side that does not allow injustice to go by. Consequently, she is warm and sympathetic to others. But she is also able to focus on the things that she likes to do.

“Best Lovers” is a story about love and relationships, from the point of view from a mother and two daughters. The story is told through their flings, love and relationships, and marriage, and the drama will try to tell its viewers about the trials and strife of the single, divorced, and re-married women in our era. Oh Hyun Kyung will be playing the role of the mother. The actresses start practicing today, and they start filming in November.

“Best Lovers” will air in December, after “The Great Wives” end.

Best Lovers
Kang Min Kyung
How does this article make you feel?