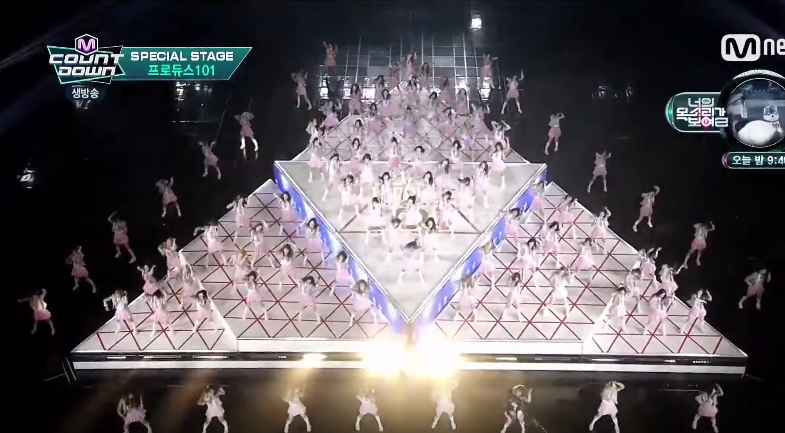 Produce 101 was unveiled for the first time on “M Countdown” on December 17. The group was unveiled with an introduction by Jang Geun Suk, and the members of the Produce 101 team showed off their talents through the song “Pick Me,” which is in an EDM-style. 98 of the 101 members made it onto the stage; three members could not make it due to personal reasons.

Meanwhile, “Produce 101” brings together 101 trainees from inside Korea and also abroad, and they will select 11 trainees to form a project group. The project group will stay together for a year and release an album under the record label of CJ E&M. The members have begun living together on December 5. Although SM Entertainment and YG Entertainment did not take part, the anticipation is still high!

Watch the performance below.

Produce 101
M!Countdown
How does this article make you feel?