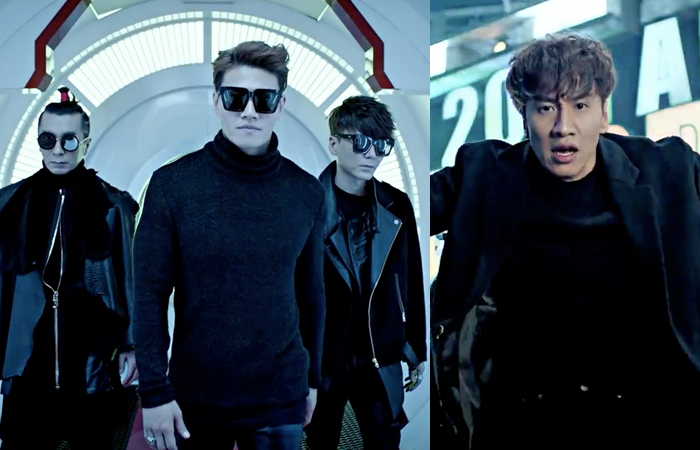 Turbo is back, and they’ve enlisted the help of some of their friends for their awesome comeback track!

Turbo has reunited as a three-member group after a 15-year hiatus since their last album was released in 2000. The group debuted in 1995 as a duo with members Kim Jong Kook and Kim Jung Nam. Kim Jung Nam later left the group and rapper Mikey joined in 1997. For the first time, all three members of Turbo have come together to celebrate their 20th anniversary since their debut by releasing their sixth album, “Again.”

At midnight KST on December 21, the group released “Again,” as well as their title track of the same name, which features none other than Yoo Jae Suk. The nation’s MC does not appear in the music video, but instead we get to see Lee Kwang Soo and Cha Tae Hyun dancing their hearts out to the group’s catchy new track.