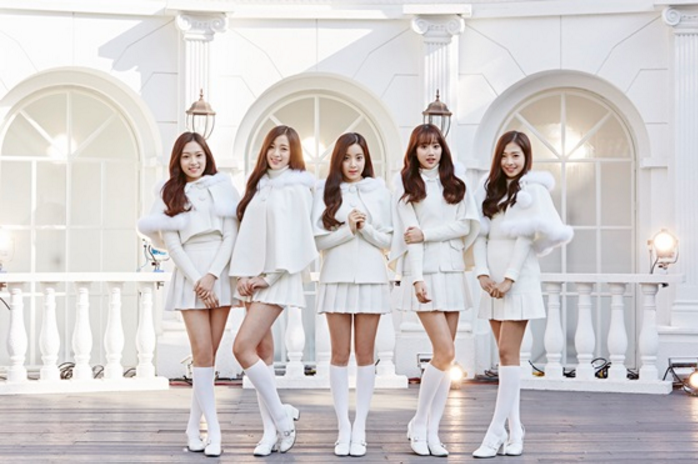 April‘s special winter album, titled “Snowman,” is out today, as well as the music video for the title track of the same name.

“Snowman” is said to be album that will bring warmth and happiness when listened to, exactly what you need for the cold winter season. The title track is produced by the Monotree team, who brings together April’s voices with a colorful string arrangement.

April will be appearing on AfreecaTV today at 8 p.m. KST to celebrate the release of this album.

April is five-member group that originally debuted earlier this year with six-members. Their most recent release was their first single, “Boing Boing,” last month.

Watch the music video for “Snowman” below:

Support the artist by buying April - Snowman from YesAsia