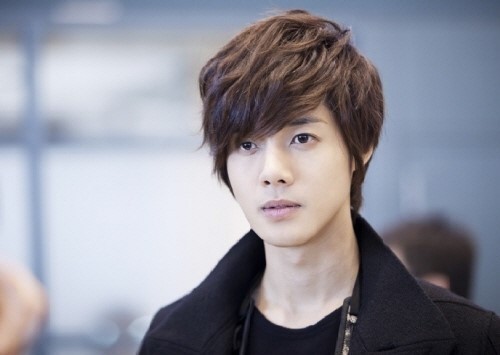 Following the positive paternity test result that showed that Kim Hyun Joong is the father of his ex-girlfriend’s son, both Ms. Choi and the singer-actor’s family have spoken out.

Ms. Choi’s attorney, Sun Jong Moon, stated, “My client and Kim Hyun Joong lived together for about two years and she became pregnant five times during that period. We have submitted 66 pieces of evidence for the damage lawsuit.” He continued: “Kim Hyun Joong has continuously held unnecessary press conferences and performed media play that made my client out to be a national swindler and blackmailer without any evidence. Kim Hyun Joong will have to show himself responsible for his child and protect the rights of his child and the mother, and apologize for the ‘murder’ of Ms. Choi’s character through commentary in the likes of ‘She will have to take responsibility if the child is not mine.'”

Kim Hyun Joong’s parents held a press conference after the paternity test result was revealed. His father, Kim Hong Sung, stated: “When I heard she gave birth, first, I was sorry. I was sorry because I couldn’t see the child even though he is my blood. [The paternity] should have been revealed earlier. We said many times, starting from January, that we would take responsibility but the paternity confirmation was delayed. We are relieved that the paternity has been revealed, however late. We are sorry to the child. We are happy he is healthy.” The father continued: “Hyun Joong acknowledged that the child was his from the beginning. He always said he would take responsibility. Didn’t he say he was sorry to the child in the letter that was revealed in September?”

Kim Hyun Joong’s father revealed that he talked to his son, who said to him, “Dad, since the child is mine, I will take responsibility. The court will deal with the issue of child custody and I will follow that decision.” Kim Hong Sung added, “No matter to whom the custody is given, if it is for the best interest of the child, we will follow.”

Kim Hyun Joong’s mother, crying, responded in regards to Ms. Choi’s demand for an apology, “If Kim Hyun Joong dies, is that an apology? If his family dies, is that an apology?” She added: “A child needs to be welcomed into the world. We hope that the child will no longer be linked to money. We will do our best for the happiness of the child. We said several times that we acknowledge paternity and that we will take responsibility but why does she keep trying to kill Hyun Joong?”

Kim Hyun Joong’s father added, “We want to reach a solution regarding the child over conversation.” Regarding the lawsuit against Ms. Choi, Mr. Kim stated that it is a separate matter necessary for revealing the truth so it will not be dropped. Kim Hyun Joong’s lawyer, Lee Jae Man, stated, “If we don’t continue with the lawsuit, Kim Hyun Joong will have to live with the disgrace of being accused of assaulting her for becoming pregnant with his child.”

Ms. Choi gave birth to her son this past September and earlier this December, the Seoul Family Court ordered Ms. Choi and Kim Hyun Joong to take a DNA test to confirm paternity. The result was announced today.