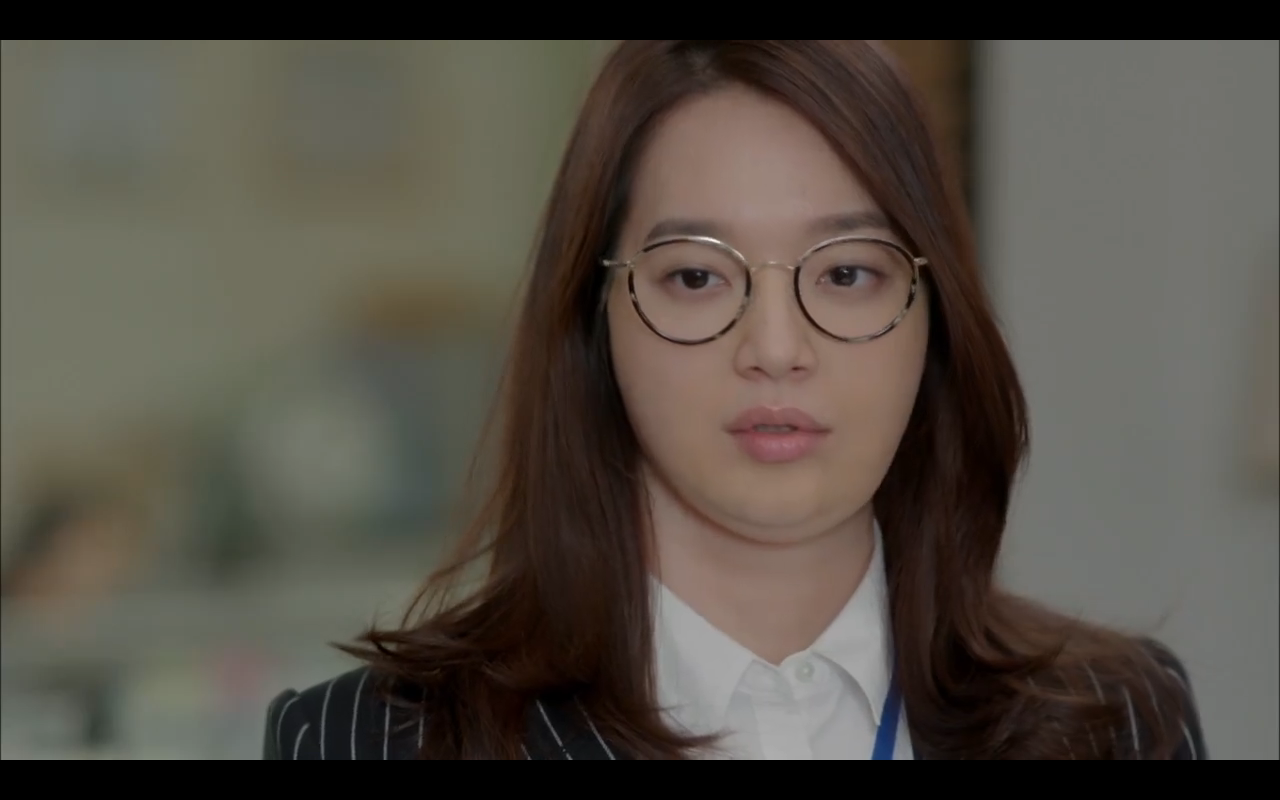 One Size Does Not Fit All: A Call for Diversification of Body Types in Korean Media

In “Oh My Venus,” Kang Joo Eun (Shin Min Ah) is a smart, successful lawyer. She’s educated and ambitious. And, like many working adults, she’s gained some weight since her school days. Unfortunately, it’s this latter characterization of Kang Joo Eun — as a woman carrying extra pounds — that drives the plot, and thus, the character’s development as she slims down. Young Ho (So Ji Sub), a personal trainer to celebs, begins to express a romantic interest in her only after she starts dropping the pounds. 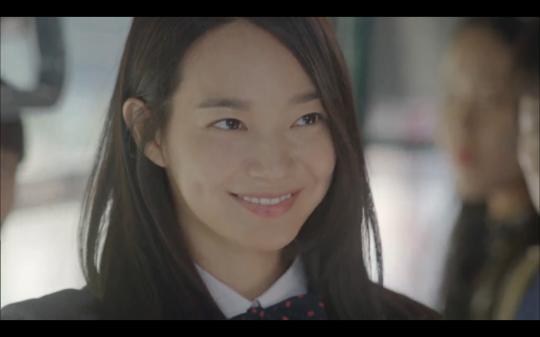 Surely a character of her status, weight loss or none, would be just as worthy of carrying an entire K-drama? 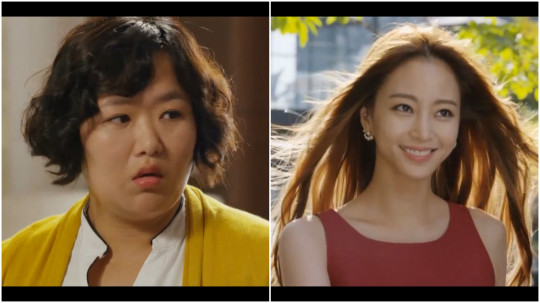 Take “Birth Of A Beauty,” for example, in which Sa Geum Ran (Ha Jae Sook) undergoes a complete transformation from head to toe, albeit a surgically induced one. She’s pounds lighter and unrecognizable from the woman she was before, at least on the surface. She’s even played by two different female actors, Ha Jae Suk and Han Ye Seul — no prosthetics or fat suit here. 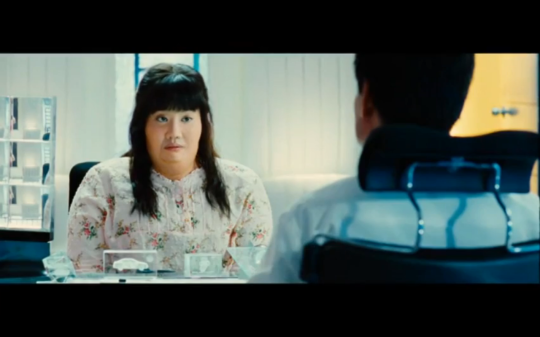 Hanna (Kim Ah Joong) in the 2006 feature film “200 Pounds Beauty” is an obese woman with low self-esteem. After being humiliated at a company party, she undergoes multiple surgical procedures to transform herself into the person she wants to be — at least, physically. Her weight loss is essential to the character development and the plot. It is not a decision made for health reasons or personal well-being; it’s a turning point after a moment of humiliation.

The eponymous character of one of my all-time favorite K-dramas, 2005’s “My Name Is Kim Sam Soon,” portrays a woman whose physical features are described by other characters as “fat” or “chubby.”

Kim Sun Ah‘s character doesn’t look anorexic or obese (though the female actor reportedly gained weight for the role). She may not resemble a model rockin’ couture down the runway, but she looks healthy; she looks real. However, Sam Soon is considered heavy in the drama, and others viewed her pairing with the attractive Jin Hun (Hyun Bin) mismatched. 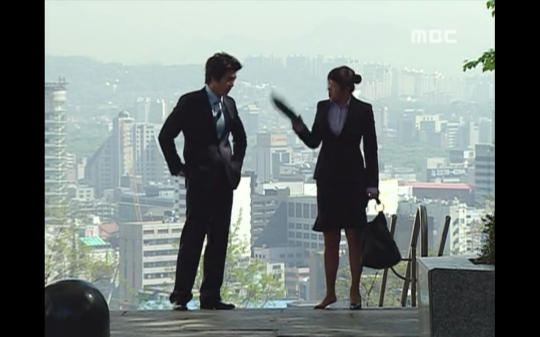 In all of these dramas, it’s never the curvy, full-figured leading lady that lands her man in the end. More often than not, it seems that any heroine who isn’t a size zero must undergo Operation Crazy Slimdown in order to overcome her obstacles. And when there are curvy women onscreen, they’re usually supporting characters: the friend, roommate, the co-worker.

If the leading ladies of television and film are any indication of female beauty in Korea, thin is still most definitely in. There is no Marilyn Monroe-type in K-dramaland. There’s Gong Hyo Jin, Park Min Young, Kim Tae Hee, Jang Na Ra, Kang So Ra, Im Soo Jung, Park Bo Young — I’ll stop here before my fingers fall off. They’re all talented and beautiful in unique ways, but they also have a range of physical diversity that, let’s face it, only goes from skinny to super skinny. This includes stories of female athletes. 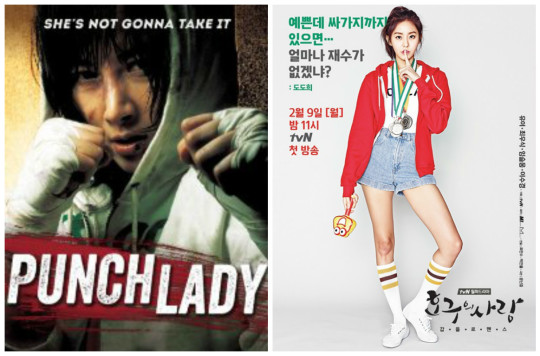 Here’s what comes to mind. There’s “Punch Lady” and “Fool’s Love.” In “Punch Lady,” a woman takes up boxing. However, she’s more on the svelte side and doesn’t exactly resemble someone who stepped out of a “Rocky”- or “Ali”-esque training program. In “Fool’s Love,” Uee plays a professional swimmer. Here also, the actor did not become a swimmer, she was simply playing one. (Unless she’s the lightest swimmer with the slimmest shoulders you’ve ever seen.)

2009’s “Lifting King Kong” depiction was different; the heartwarming film portrayed high school girls that formed a weightlifting team, made up of girls that came in different shapes and sizes. Okay, so I did find one positive example. You didn’t think it would all be doom and gloom, did you? 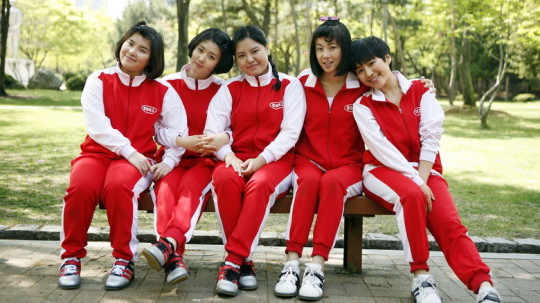 These resounding definitions of beauty aren’t just appearing in casting decisions and scripted content; it’s on reality shows, too. I was shocked (and secondhand offended) when I watched one male host of a Korean television show brazenly remark to a female teenager he had just met (she was being interviewed because she was a K-pop fan), “Why don’t you lose some weight?” Yeah. To her face.

Solely considering entertainment exports, I’d conclude that South Korea sees any woman who isn’t stick skinny as fat. It’s a narrow definition of beauty with an effective cultural impact. But you don’t have to take my word for it; you could ask Korean women how they define the “ideal woman.” Or just ask them if they think they’re fat.

I recently caught Jennifer Siebel Newsom‘s documentary “Miss Representation,” which points out that how we define and interpret beauty is very much a learned behavior; our perspective is not something we’re born with. Beauty is so sharply subjective, and varies greatly across cultural lines as well as generational ones.

Media images, from films and television shows to magazine covers and YouTube videos, all have powerful sway in those definitions of beauty. Women and their sizes, portrayed onscreen, affect everyone — men, women, children — with specific ideas of what “attractive” is.

Having such a narrowly defined ideal for beauty — as in Korean entertainment — in such massive circulation inflicts severe damage when it comes to body image, self confidence, and physical and mental health. The resulting pressure to look thin, to be considered attractive, is very real and very ugly, and I’ve seen and struggled with it personally, as many women have.

And when it comes to Korea, from which I enjoy many things — music, culture, food, familial roots, entertainment — I have to say that the degree to which appearance matters is something I continue to find disturbing. Everything from the requirement of photos on job applications to the overabundance of plastic surgery facilities are testaments to how these media images bleed into and affect everyday lives.

Imagine if the women (not just the sidekick, but the leading ladies) in all those dramas and K-pop groups began trending with a variety of diverse, gorgeous, healthy body types, and how that might affect the real people who watch them.

Let the heroine be something other than a size zero, Korean content creators. I dare you.