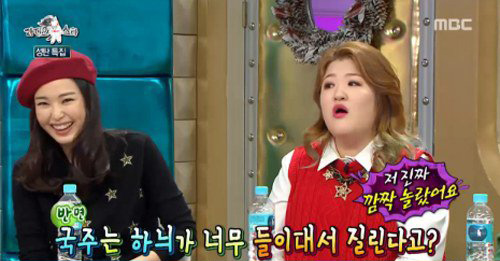 Honey Lee and Lee Guk Joo met while working together and became close friends who often volunteer for causes. 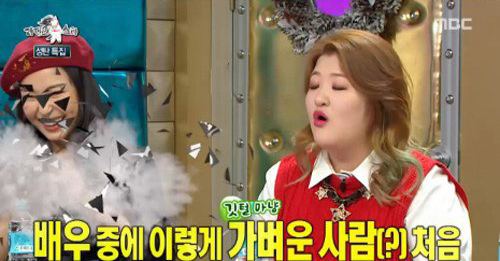 The emcees of the show mentioned that Honey Lee is a huge fan of Lee Guk Joo. At this, Lee Guk Joo said, “I was so shocked. I’ve never seen someone so flimsy as an actress.”

Reminiscing about their first meeting, Lee Guk Joo said, “I heard Honey wanted to spend some time with me. So, I thought she enjoyed my shows. But she let out a scream of excitement as soon as she saw me.”

Honey Lee commented, “I like comediennes,” showing her affection for her friend Lee Guk Joo. Lee Guk Joo added, “I was stressed about meeting her since she’s an actress. But we became close friends in 10 minutes of meeting each other.”