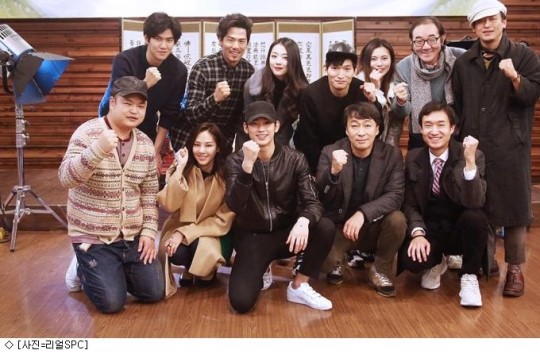 “Real” is an action noir film, in which Kim Soo Hyun plays Jang Tae Young, a successful troubleshooter for the dark underground. Jang Tae Young is an ambitious, merciless character who has eyes only for success, his end game building a large casino and ruling the city.

This is a completely new role for Kim Soo Hyun, and it stands directly in contrast with his most recent, dorky character from “Producer.” Sung Dong Il is also taking new steps with the film, playing the mob boss Jo Won Geun, who stands in opposition to Jang Tae Young.