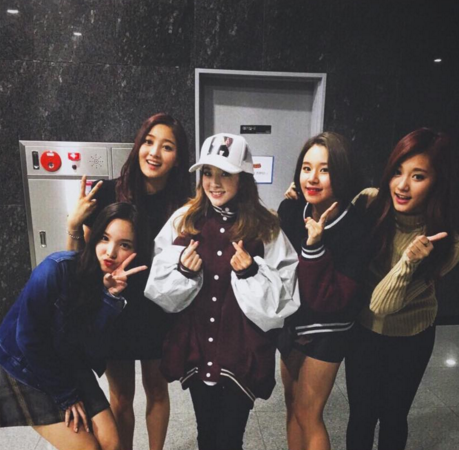 2NE1‘s Sandara surprised her fans by posting a cute photo with girl groups TWICE and Lovelyz!

On December 29, the singer posted on her Instagram, “Lovelyz said they were my fans ever since they were in elementary school. That’s right, that could happen… People who are still in their teens would’ve been in elementary school seven years ago!!! I am so happy to have met such great girls ^__^ Hwaiting in 2016!” 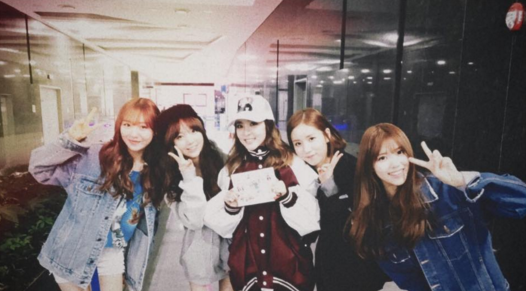 Later, Sandara posted again on Instagram, “TWICE said they were my fans ever since they were little. I was shocked twice because of this but it still felt good~ Time flew by~!! Things like this are inevitable. I hope my juniors release a lot of good music and grow up well!!! TWICE and Lovelyz fighting!!!”

The photos show Sandara, TWICE, and Lovelyz members posing cutely for the camera.

Lovelyz
TWICE
2NE1
Sandara
How does this article make you feel?