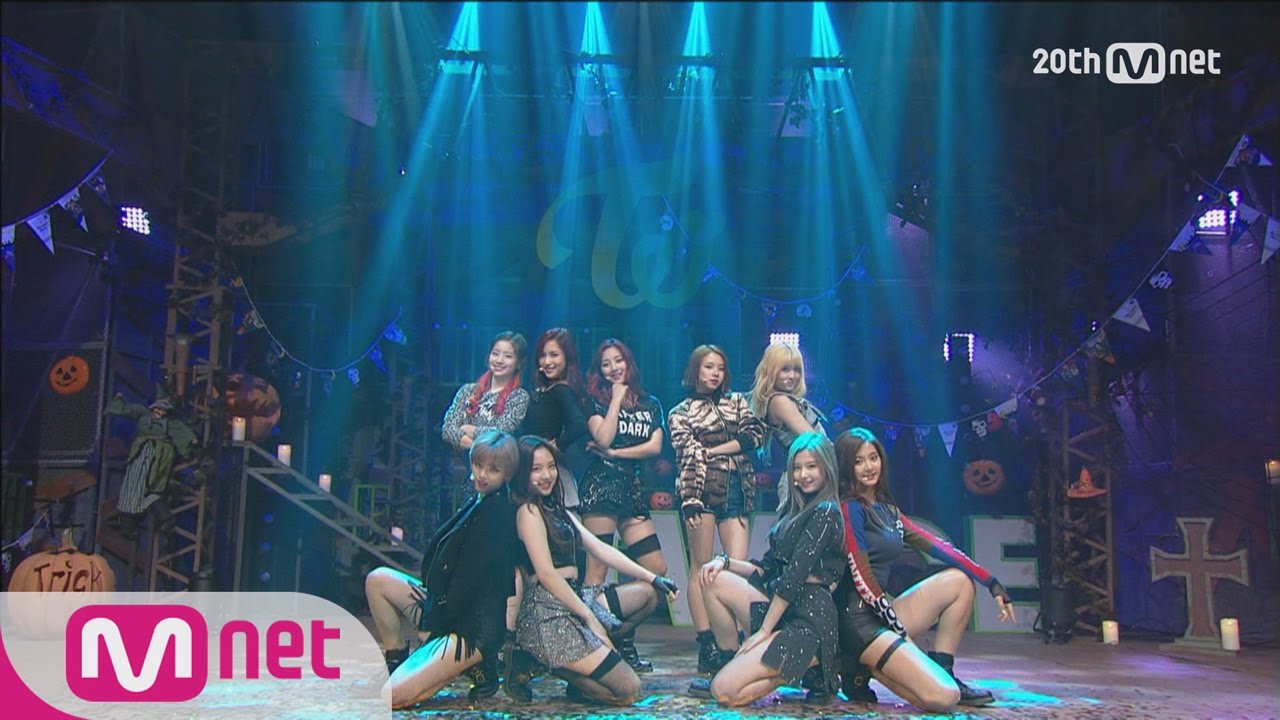 As we ring in the new year, we are filled with ambition and hopes of creating new beginnings. We can only imagine the magnitude of this feeling in newly-debuted artists. For many, their new beginnings marked the end of tumultuous training periods and the arrival of an opportunity — finally — to become a star. Check out some of the debut tracks — listed in no particular order — of idol groups that were well-received by listeners globally and launched them into stardom. 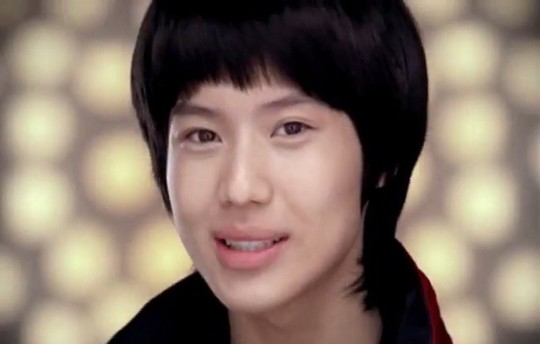 Can you believe baby-faced Taemin was sweeping fans off their feet at the age of only 15? Most days I dream of meeting my “oppa” and how he will protect me indefinitely, but SHINee’s debut song “Replay” had me a doing a double take on my life goals. As they doted on and serenaded their “noona” — played by pre-debut f(x)’s Victoria Song, SHINee was making lasting impressions on listeners of all ages. Their catchy debut track is full of vibrant visuals, powerful vocals, and smooth dance moves. 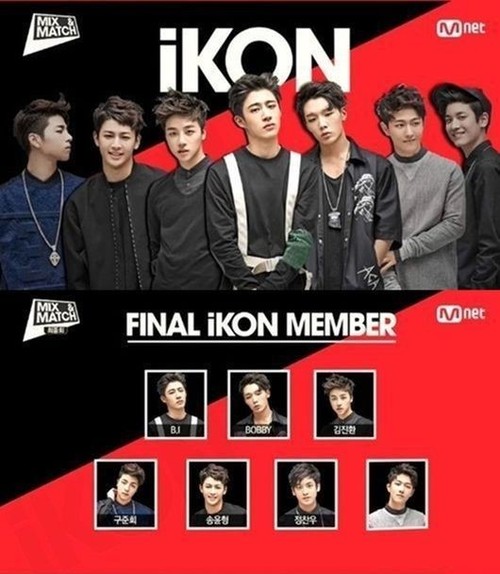 After countless trials and triumphs through several survival shows, our wishes were granted when iKON officially debuted. With all the anticipation and roller-coasters of emotion it has taken to get to where they are today, it’s no surprise that they’ve been able to achieve so much in so little time — with sold out concerts, certified all-kills, and placing on first on the charts, just to mention a few. Their current success is only the beginning of CEO Yang Hyun Suk’s hope for them to be an icon in Korea.

This is a song that moved listeners to tears, and to this day reminds me to tell my mom I love her. The memorable lyrics of “To Mother,” which even relates jjajangmyeon (black bean paste noodles) to the sacrifices moms make for their children, puts into song the words of gratitude we sometimes fail to express. Do you remember what the sweet members of g.o.d looked like over 15 years ago? Here’s their first performance where they graced us with their angelic voices and profound lyrics. 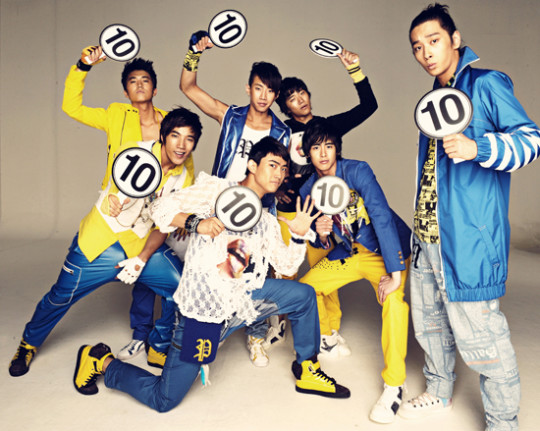 Fast cars, acrobatic stunts, and seven fine men not afraid to show their sexiness and dorkiness at the same time. 2PM is not only the hottest time of the day, but the group had one of the hottest debuts that had us listening to “10 out of 10” again and again. 2PM brought us a boost of energy surging through our speakers. Rewatch their first ever music video and let your inner hip hop artist free!

When I think of NRG, known for their high energy dance music, a wave of nostalgia hits me, and I want to change into my pajamas and start bouncing off the walls and jump off my couch. NRG’s debut with “I Can Do It” had fans dancing with craze and pumping with excitement. My nostalgia has now turned into motivation to do whatever I want to do. Check out this performance of NRG and see if your feet can keep up with their moves — especially during that dance break. 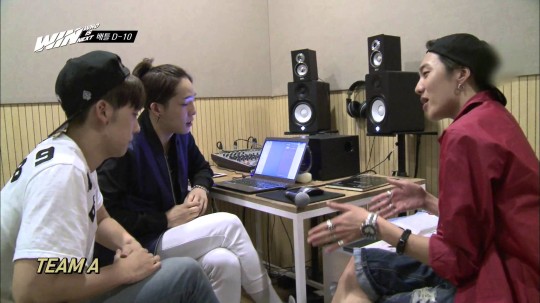 To be the first boy group to debut from the same company after BIGBANG meant a variety of things, but one thing was clear: they had to be winners. Throughout the survival show “Win: Who Is Next?” we saw the members of Team A push themselves to become the best that they could be; and their official debut post-survival show exemplified how the group truly embodies their well deserved name: WINNER. Take a listen to “Empty,” which exhibits the perfect balance between hip hop and a slow ballad. 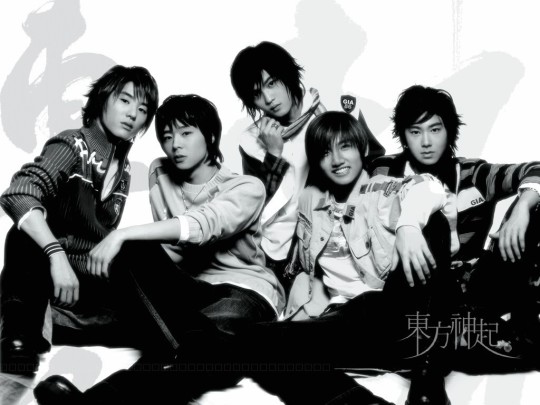 Let’s rewind 12 years and recall the absolutely adorable and charmingly innocent debut track “Hug” for one of K-pop’s most legendary groups, DBSK. With their 5 original members, their music video captures all the different kinds of guys you could meet out there and fall for. After their appearances on several music shows, “Hug” stayed on charts for almost an entire year! Our five gods of the east were only getting a glimpse of the fame their career as DBSK members would bring.

Who wishes they were the beloved kitten we see smitten with Changmin?

This is a song older than most rookie idols, and will forever be known as a turning point for K-pop. Seo Taiji & Boys’ hit debut “I Know” epitomizes every fad from the early 90s, from the parachute pants and bucket hats to the scenic views seen in karaoke video backgrounds. Their upbeat rap and foot-tapping melodies ignited their popularity as they skyrocketed to the top of charts, where they stayed for 17 weeks! It’s no surprise that these men are named legends in the industry. 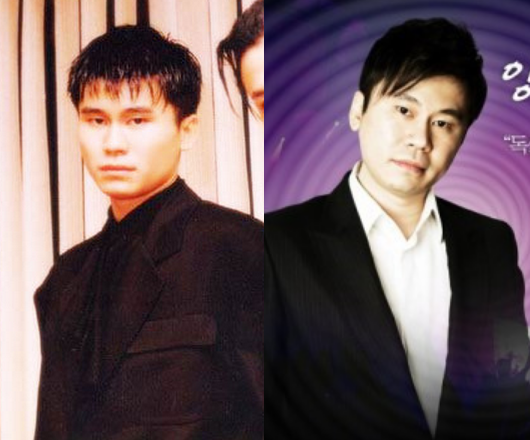 Member and now CEO of YG Entertainment, Yang Hyun Suk looks exactly the same as he did over 20 years ago. 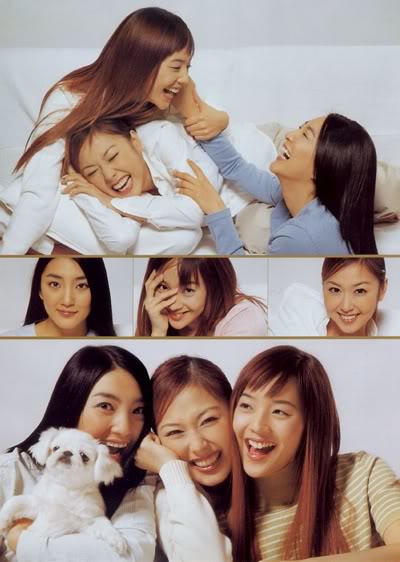 Continuing on the nostalgia train, this song had every man swooning for our three favorite fairies of SES: Bada (Sea), Eugene, and Shoo. “I’m Your Girl” can still often be heard playing in restaurants, and can easily be claimed as an anthem for young girls falling head over heels in love. Their sweet voices separate them from the crowd, and are why they are still one of Korea’s legendary female groups to this day. 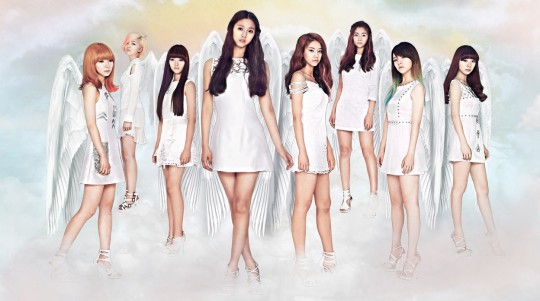 These angels did not just flutter their wings and slowly glide into our hearts; they dominated with their debut and soared in with a strong presence full of personality, allure, and talent. Their use of instruments sets them apart and just adds to how perfect the members of AOA are in their debut with “Elvis.” 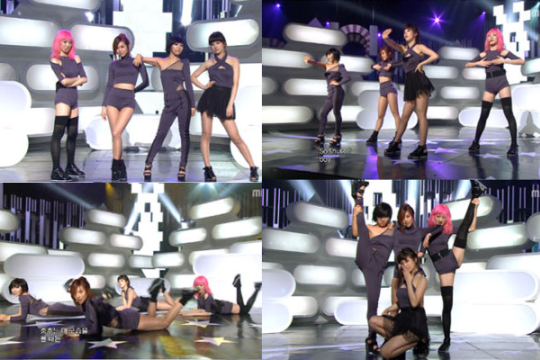 Changing up the game and having international diversity within their member composition, JYP’s concept garnered attention from K-pop fans globally. Even better, their debut song “Bad Girl Good Girl” was a song made for empowering females. I mean the song starts with telling boys to shut up. So ladies, never forget to embrace the drive and edginess that miss A showed the world back in 2011.

Although we had already caught a glimpse of HyunA and her seductive ferocity before 4Minute’s debut, nothing could prepare us for the introduction and domination of the complete group. Together, their style excites and invigorates listeners, not to mention the visual feast they provide on stage. You can feel your inner sexiness banging against the wall to get out and show off that body roll. 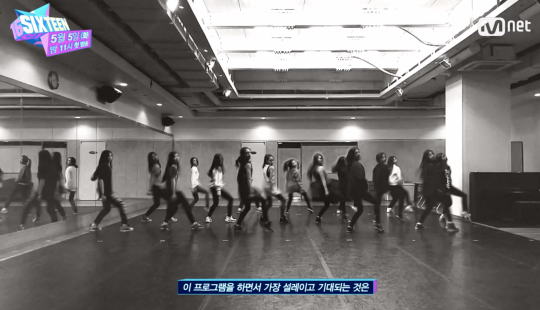 There’s something about seeing a group start from the beginning and seeing their efforts come to fruition. For followers of JYP’s survival program show, we were able to virtually experience both the highs and lows it took for TWICE to get to where they are. The build up only added to the expectations we had for them, which they completely surpassed. Their first music video was watched over 20 million times within two months!

This fully loaded debut is notably one of the best debuts in 2014, and made sure MAMAMOO was a name to remember. If the appearance of celebrities like K.Will, Wheesung, or CNBLUE’s Jonghyun in the music video wasn’t enough to pique your interest, then surely the singing bewitched you. Straying away from the usual bubblegum pop, the popping bass, soulful melody, and jazz style MAMAMOO takes on make the group’s debut incredibly impressionable.

Who wouldn’t want to be directed around by the distinguished Baek Ji Young. 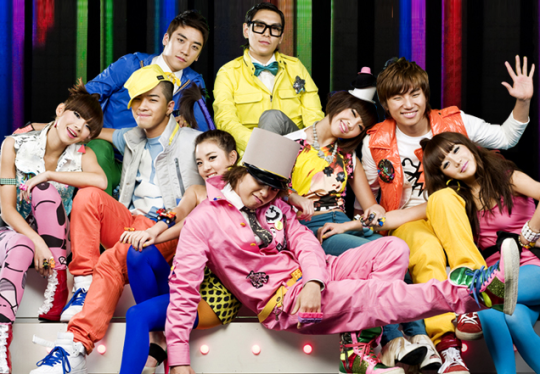 With an electrifying style demonstrated in their pre-debut collaboration with BIGBANG, “Lollipop” gave us an addicting taste of what 2NE1 had to offer to the music industry. We became hooked and eagerly anticipated their official debut with “FIRE.” Their futuristic and innovative music video was praised for various aspects: set and costume design, iconic music style, and incredible dancing, singing, and rapping blaring through our speakers.

Do you think we missed any? let us know in the comments who you think should have made the list?

amycwang93 is a Soompi writer who loves online shopping, singing, and working out. Although she dreams that she is running alongside members of EXO and INFINITE, she would drop everything to see first generation idols Shinhwa and g.o.d. When she is not laughing at the hilarious antics of the Song triplets, she is busy figuring out how to become GDragon’s wife.