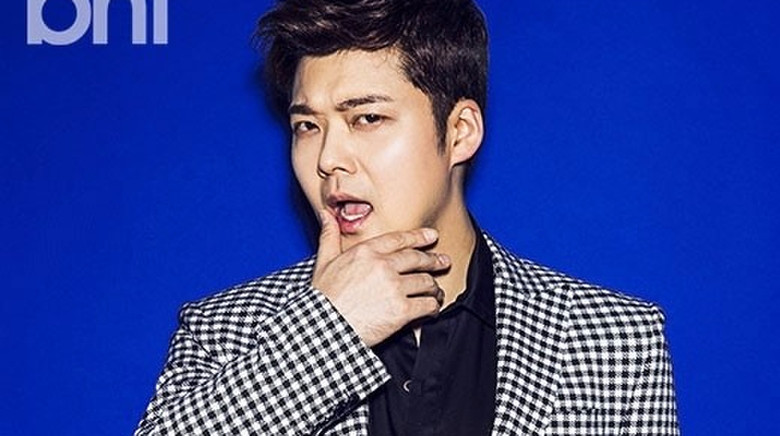 Jun Hyun Moo, under fire for rude comments towards Kang Ho Dong at the 2015 SBS Entertainment Awards, wrote an apology towards him and the viewers of the show through his Instagram account.

In the apology he posted to his Instagram, he said, “I understand that my remarks towards Kang Ho Dong were very rude. I am even more ashamed to admit that I did not even realize that my remarks could come across that way before people pointed this out.” He said, “Kang Ho Dong is a very close hyung to me, and I did not make the distinction between a private conversation and a public broadcast. I called Kang Ho Dong and apologized, and he accepted my apology.” 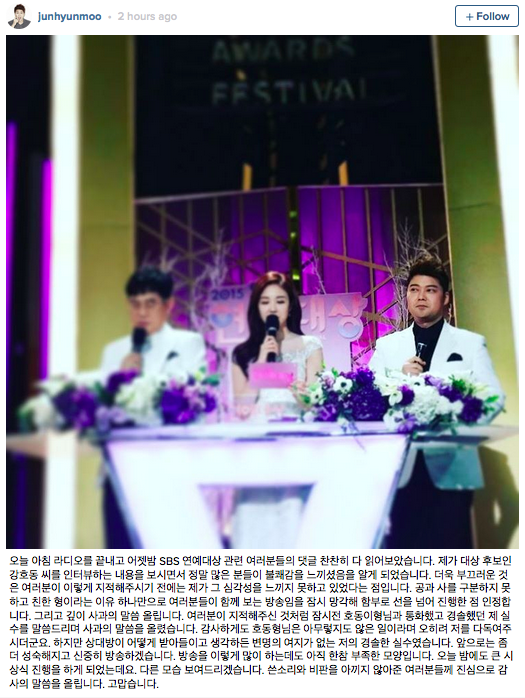 He ended by saying, “I had no excuse for what I have done. I will not make such mistakes again, and I am very thankful to everyone who made me realize my mistake. Thank you.”