Byul Talks About Married Life With Haha on “Sketchbook”

When singer Byul guests on January 1’s episode of “Yoo Hee Yeol’s Sketchbook,” she is asked to describe what comedian Haha is like as a husband.

Byul says that a lot of people were surprised at first by their pairing and made a big deal about their relationship, often asking when they first got married whether they were happy together. “As of yet, there still haven’t been any problems,” she jokes.

“We’re not the kind of couple who stare into each other’s eyes and express our love for each other in a lovey dovey way,” Byul says. “Instead he feels more like he’s my partner, as well as my best friend. We’re living happily together.” 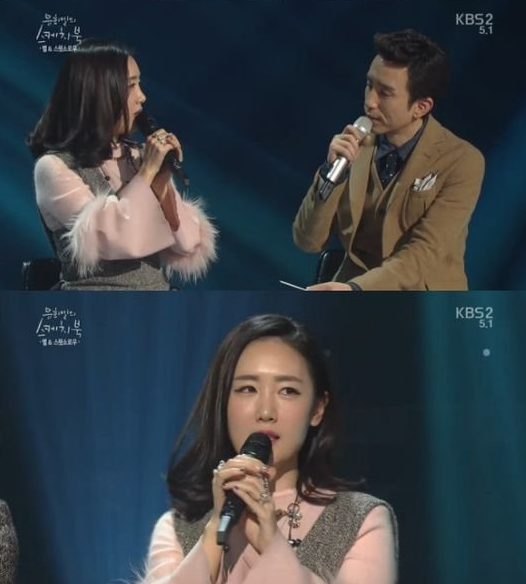 Host Yoo Hee Yeol says, “The two of them look happy when they’re apart as well, but they look really happy when I see them together.”

Haha and Byul tied the knot in 2012, and welcomed their first son, Dream, into the world in July of 2013. While on the show, Byul also mentions that the couple are planning on having another child in the second half of this year.

Check out more of Byul, including a performance of her new single “Everyday” with Sweet Sorrow, on January 1’s episode of “Yoo Hee Yeol’s Sketchbook.”