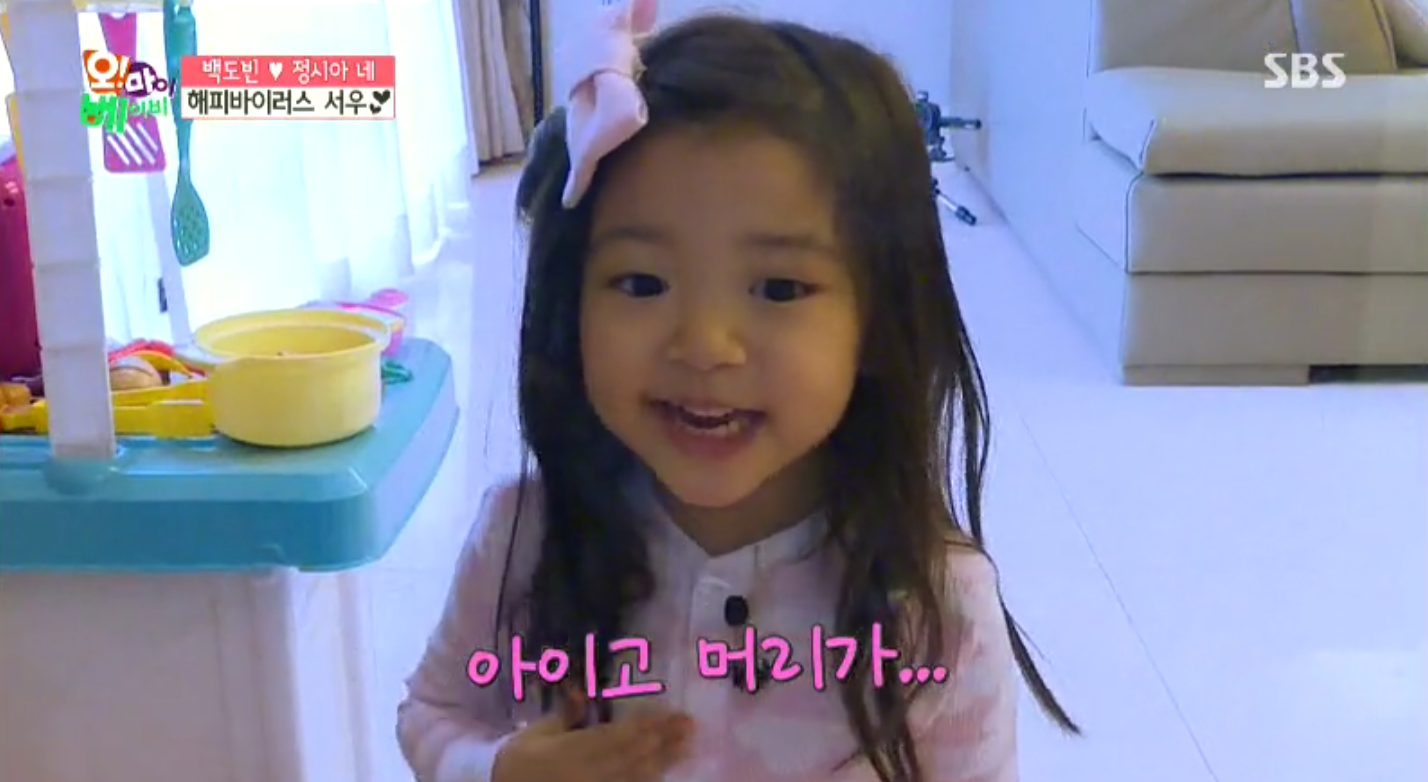 After a quick preview last week, Jung Si Ah and Baek Do Bin’s family makes their much-anticipated first full appearance on this week’s episode of SBS’s “Oh! My Baby”!

Netizens had been calling for the couple’s adorable three year old Baek Seo Woo to appear on KBS’s “The Return of Superman,” but while they made a guest appearance on the show, in the end her family has joined the cast of “Oh! My Baby.”

In January 2’s episode, Baek Seo Woo sits in front of a mirror at her play set, saying “Let’s be pretty like mom!”. She sings to herself as she pretends to put on makeup and do her hair. She even uses a toy curling iron to pretend to curl her hair and then looks at herself in the mirror, grinning hugely as she says, “Wow! My hair is so pretty now!”

Later on as they’re sitting together at the table, Jung Si Ah asks Baek Seo Woo what part of herself she thinks is the prettiest. Baek Seo Woo points to her eyelashes, and her mom agrees. “What about me?” she asks Baek Seo Woo, who points at her mom’s eyes. 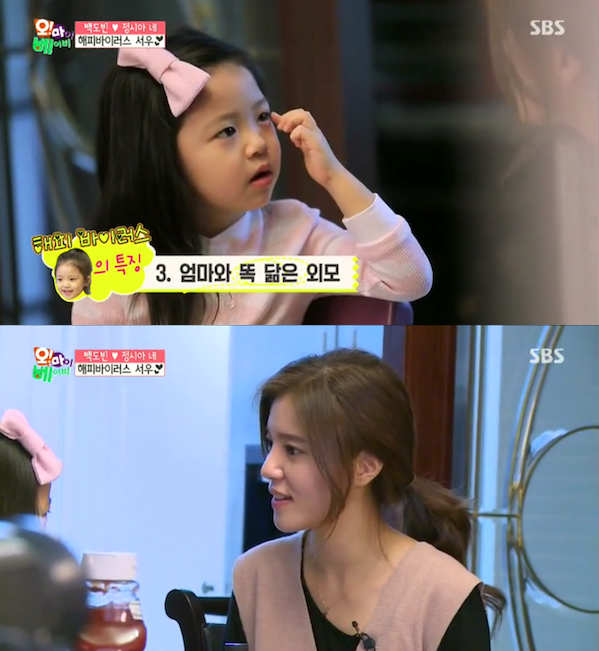 Baek Do Bin
Oh! My Baby
Baek Seo Woo
Jung Si Ah
How does this article make you feel?