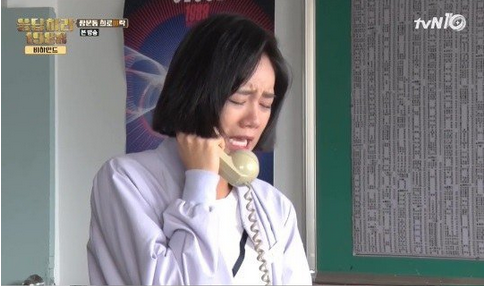 tvN aired a behind-the-scenes episode of “Reply 1988” on January 2.

One of the notable scenes on this special consisted of Hyeri’s crying scene, in which her character learns that her grandmother has passed away through the phone. Amazingly, Hyeri really seems to have become her character, as she could not stop crying even after the director signaled that the scene was over.

Sung Dong Il, who plays Hyeri’s father, saw that Hyeri kept crying and cracked some jokes for her, after which she finally smiled.

Reply 1988
Girl's Day
Hyeri
How does this article make you feel?