The first episode of “Youth Over Flowers,” aired on January 1, was a huge success. It placed first among all of the programs from the non-terrestrial broadcast companies aired at the same time slot, with an average viewer turnout of 9.1 percent and the maximal viewer turnout of 11.1 percent. 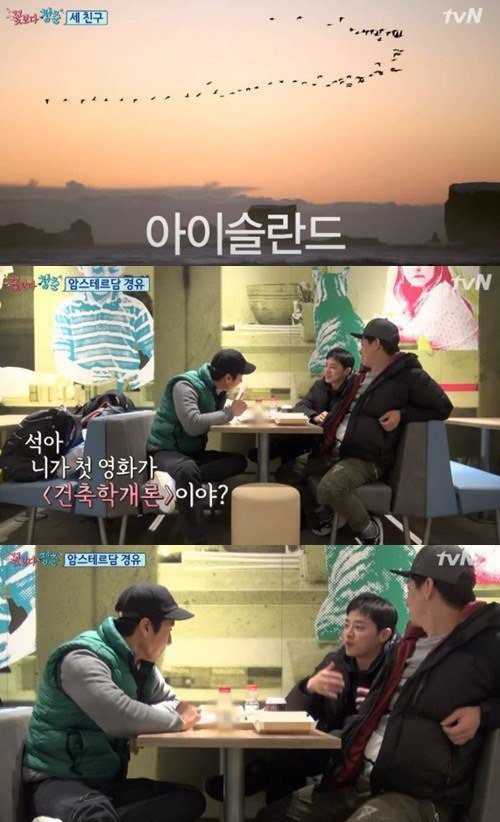 Not only that, it seems to have succeeded in securing a fan base in all age groups, as it placed first in every age group between men and women in their teens to people in their fifties.

The third season of “Youth Over Flowers” brings celebrities Jung Sang Hoon, Jo Jung Suk, and Jung Woo, all in their 30s, to Iceland, to enjoy their youth, and to face new challenges, because that’s what being young is all about. Even though none of them speak English, they all seemed happy to be in this adventure. Further, Kang Ha Neul will join the trio starting from episode 2, which bodes well for their viewer turnout!