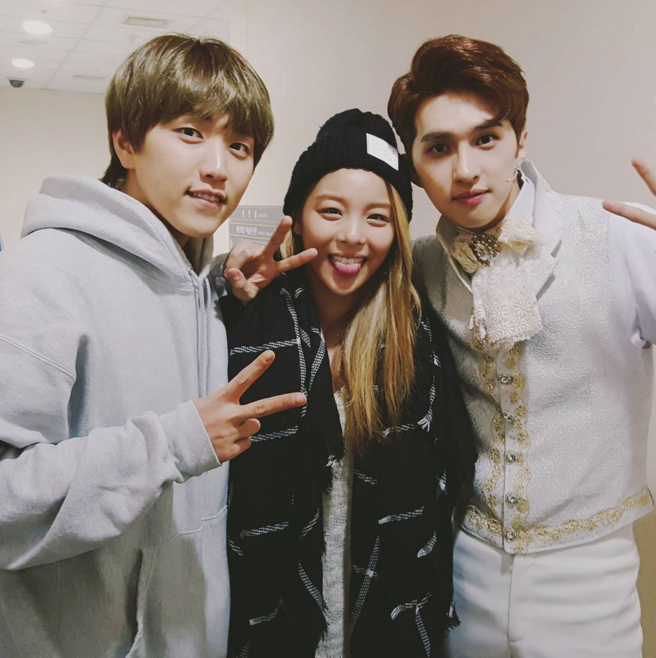 Singer Ailee recently shared two snapshots of herself with VIXX’s Ken and B1A4′s Sandeul on her personal Instagram!

It seems like the singer went to go see the musical “Cinderella” the two are currently starring in, as she captioned the first photo with the words “It’s been a long time guys~ The musical was fun.” She added the hashtag “Cinderella” in Korean.

On the second photo she jokingly captions the photo commenting that “I should have spread some makeup on my face” alluding to her fresh-faced look.

The musical “Cinderella” ended yesterday, with Ken starring as the role as the Prince. Sandeul also starred in earlier productions in the same role, and attended the last showing with Ailee.

VIXX
Ailee
B1A4
Sandeul
Ken (VIXX)
How does this article make you feel?