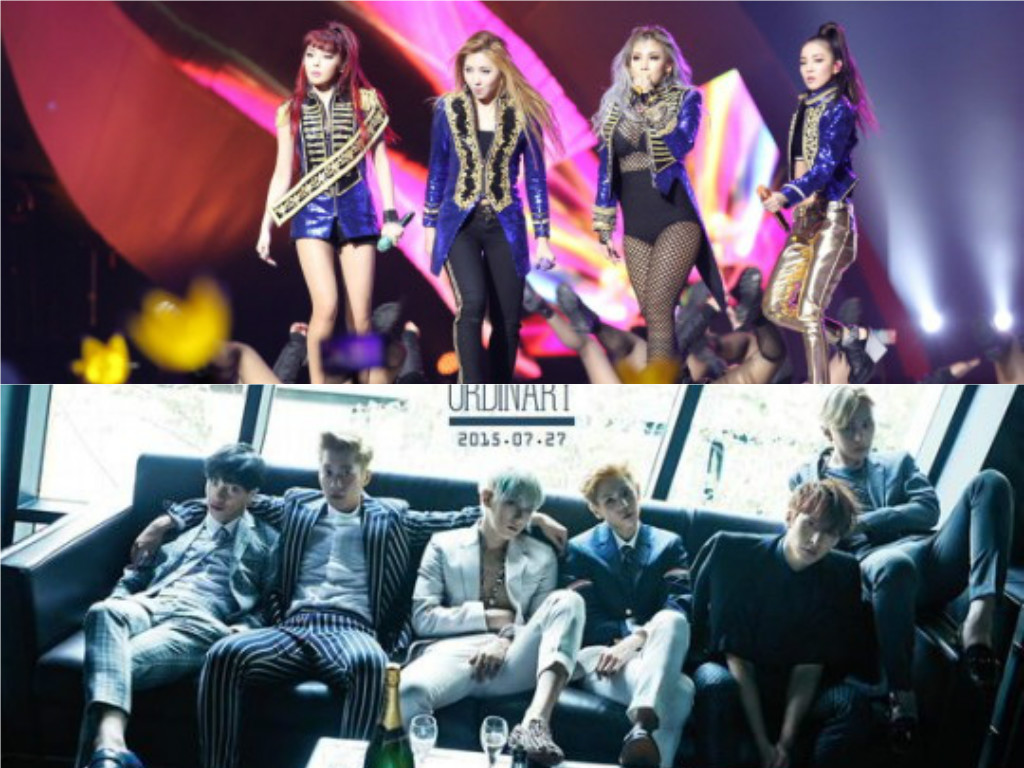 Idol Groups Whose Contracts Will Expire in 2016

In 2016, K-pop fans can look forward to the comeback of popular groups and the debut of many highly anticipated rookies, but there are also many idol groups who are approaching the end of their contracts with their current company.

Often, each member in a group will have slightly different contract times. Therefore, if a member’s contract expires without renewal, the member may leave the group and transfer to a new company. An entire group’s contract is on average seven years and many groups are approaching the seven-year mark now.

(Note: Idol groups do not reveal the exact length of their contract.)

SM Entertainment’s girl group f(x) debuted in 2009 with “LA chA TA” and gained fame through hit songs such as “Pinocchio and “Hot Summer.” Last June, member Sulli decided to leave the group and pursue acting and the group released their latest full-length album “4 Walls” as a four-member group. They are scheduled to hold their first solo concert this January and there are expected to be no problems renewing their contract.

Cube Entertainment’s 4minute, who also debuted in 2009, are also nearing the end of their contracts. However, the girls are also expected to renew them without any issues. The group is currently promoting at least once a year, with HyunA striking out as a highly successful solo artist. For five years, the group has experienced no major internal problems and they are expected to come back in early 2016 with a new album.

Also from Cube Entertainment, the six-member boy group is nearing the end of their contracts but have a high likelihood of renewing them again. The members are working successfully on individual activities but regularly come together for an album and group promotions.

For the past couple years, KARA’s future has looked shaky as the group went through major internal changes. In 2013, Nicole and Kang Ji Young left the group while Park Gyuri, Han Seungyeon, and Goo Hara remained at DSP Media. With the addition of new member Heo Youngji, KARA continued group promotions, but now Gyuri, Seungyeon, and Hara are nearing the end of their contracts. Although they have continued promoting in Japan, where their popularity is high, their domestic promotions have been spotty and the group is surrounded by rumors of disbandment.

Secret also debuted in 2009 and are approaching their seventh year. It has been reported that the group has been under negotiations for contract renewal since last June. In April, TS Entertainment said, “We have not yet been able to discuss anything concrete, but it is true that we are reviewing contract renewal.” However, there has been no news since then and in June, members Han Sunhwa and Jung Hana became involved in an issue that sparked rumors of internal discord. Meanwhile, members Song Ji Eun, Sunhwa, and Hyosung have made their solo debuts as actresses and singers.

MBLAQ’s contract renewal is also still up for debate. The boy group debuted in 2009 and in 2014 members Lee Joon and Thunder left the group and their agency to pursue acting careers. Despite being surrounded by rumors of disbandment, MBLAQ recently made a comeback as a three-member group. Unable to make a huge splash on the music scene, the group concluded their album promotions and have been undergoing individual activities on-and-off.

YG Entertainment’s representative girl group is also nearing the end of their contract. Last year, CL started preparing for her U.S debut and settled her contract ahead of its expiry. However, the rest of the members remain shrouded in mystery. Yang Hyun Suk said about the matter, “As it is a sensitive issue, anything related to contracts is restricted.”

Girl group T-ARA debuted in 2009 but since then suffered various scandals that affected their career. Although it was difficult to rebuild their image after the scandal and subsequent departure of one of their members, the group has been steadily promoting, mostly in China. Although their company appears to be in a position to aim for contract renewal, due to the low impact of their domestic promotions, the result is not yet clear.

Although Rainbow debuted in the same year and agency as KARA, their popularity has typically been lower than their sister group. The girls have yet to score No. 1 on music programs or on the music charts despite their veteran status in the industry, and members Jaekyung, Yoonhye, Woori, Hyunyoung, and Jisook have branched out into acting. It is unknown when the group will be coming back with a new album and their agency has been focused this past year on debuting their new group April.