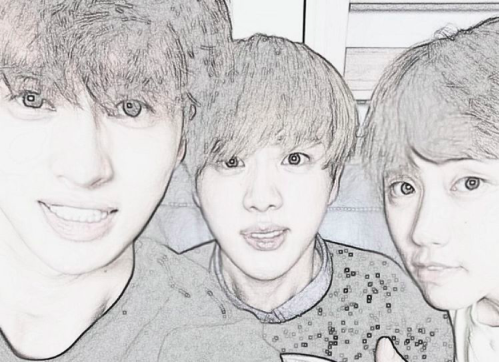 2016 is the Year of the Monkey, and three idols with the same zodiac sign recently gathered together to show off their friendship on social media.

On December 6, BTS’s Jin uploaded a picture of himself with VIXX’s Ken and B1A4’s Sandeul on the official BTS twitter. In the caption, he wrote, “Three people who are halfway to 50.” With the coming of the new year, the three of them have turned 25 in Korean age (24 in international age). 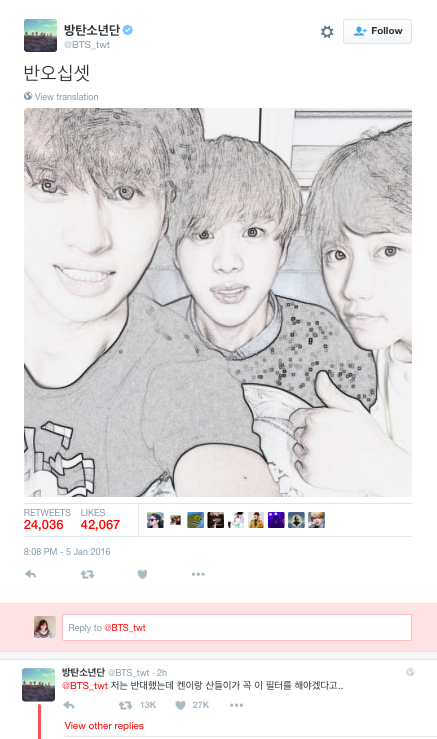 Ken also uploaded the same picture on his personal Instagram and wrote, “In the Year of the Monkey, three handsome men have gathered together.”

The picture features the three of them and is heavily filtered to look like a sketch or drawing. Jin replied to his own tweet shortly after posting the picture, writing, “I didn’t want it, but Ken and Sandeul insisted on this filter.”