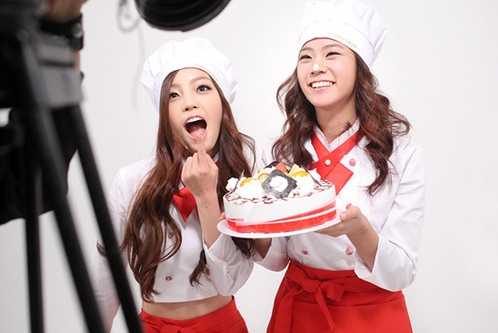 According to insiders, KARA‘s Goo Hara and Han Seungyeon had an emergency meeting with the CEO of DSP Media on January 6, where they are currently contracted. Gyuri was not there, because she had another schedule at the time of the meeting, according to the insider.

It is yet unclear whether this is good news or not; some say that the meeting is for DSP to ascertain whether they are definitely leaving to pursue an acting career. The DSP insider asked not to read too much into it, saying, “As far as we are aware, they met only to wish each other a happy new year.”

Also, multiple people who are close to the KARA members say that they have more or less made up their minds to start an acting career, so despite this news, it is unlikely that they will continue as members of KARA.

In any case, it is likely that we won’t know the future of KARA until February, as there is at least one advertising contract in the name of KARA that ends in February.

KARA
Seungyeon
Hara
How does this article make you feel?