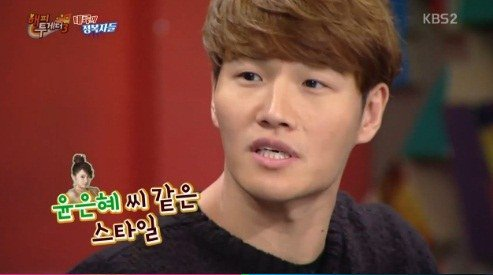 Kim Jong Kook of Turbo made an appearance on the January 7 episode of “Happy Together,” and talked about his ideal women.

He said, “As far as the looks go, I think I prefer women who kind of look like Yoon Eun Hye.”He also said, “I really like everything about Chae Yeon too, but I had a loveline with Yoon Eun Hye in the past on a program called ‘X-Man.'” 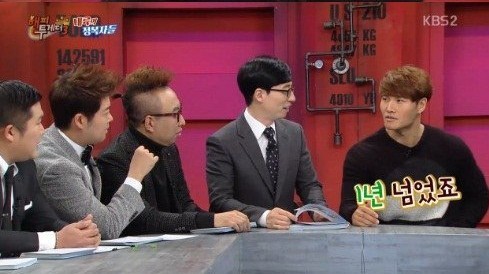 However, it seems that his relationship status is pretty dire, because the singer added, “I have less than 10 numbers from female celebrities. There’s no reason to contact them, the messages only come around the holidays.” He then said that he has the numbers for Shin Bong Sun, Song Ji Hyo, and Son Naeun among others. He added, “I think Yoon Eun Hye changed her number, and I haven’t been in a relationship for over a year.”

Yoon Eun Hye
kimg jong gook
Happy Together
How does this article make you feel?