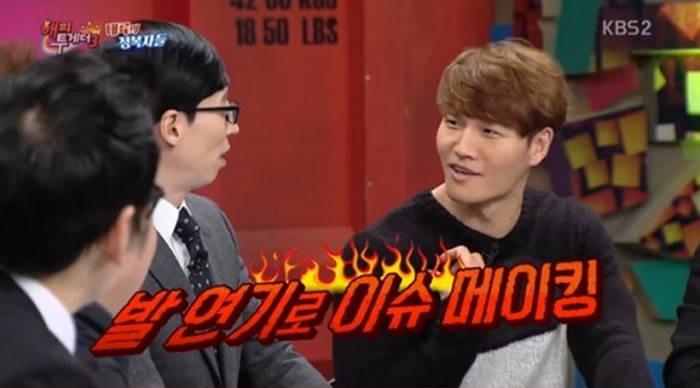 Kim Jong Kook made an appearance on the January 7 episode of “Happy Together” and talked about how he was casted to act on the popular drama “Producer.”

He said, “I was told that the writer of the show asked me to be on the show without particularly expecting me to be good at acting. The writer even said that I was cast because the producers of the show wanted there to be many articles written about me for being a terrible actor.”

He added, “But I impressed them. I was really surprised when they asked me to be on the show, but I thought it would be fun, so I agreed.”

He also said, “Cha Tae Hyun told me never to act, or to take parts without speaking, but he recommended this drama.”

Cha Tae Hyun
Happy Together
Kim Jong Kook
How does this article make you feel?