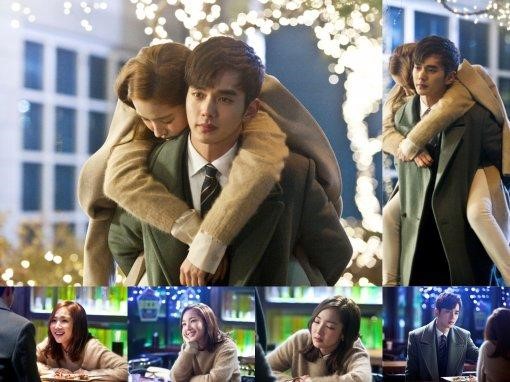 Stills of Yoo Seung Ho and Park Min Young from “Remember” have been released, and it is enough to make anyone’s heart flutter.

The drama so far is portraying lawyer Seo Jin Woo (Yoo Seung Ho), and prosecutor Lee In Ah (Park Min Young), who have been put in charge of the same case. Despite their enmity in court, the two have soft spots for each other, and the next episode is said to portray this. The two meet at a pub to talk more frankly, and when In Ah becomes too intoxicated, Jin Woo carries her on his back.

The scene was said to have been filmed over nine hours, and Yoo Seung Ho was the picture of the perfect gentleman throughout the entire shoot, saying, “She’s not heavy at all,” and continuing to carry her back and forth.

The production staff said, “The two characters, although focusing on their careers for four years, have always wondered and worried about each other. Although they fight in courtrooms, we hope that the viewers feel their feelings for each other outside of the courtroom through this scene.”