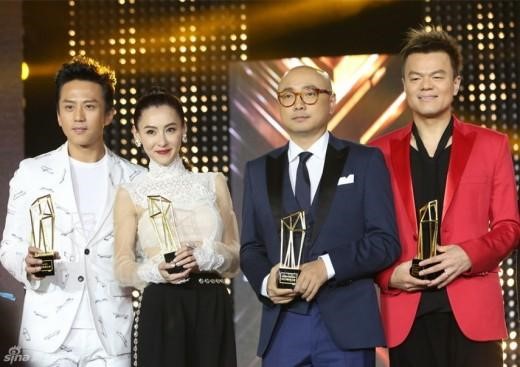 As previously resported, Park Jin Young and other celebrities picked up multiple awards at China’s 2015 A Night of Weibo on January 7. In particular, the CEO of JYP Entertainment, was selected as the “Most Influential Producer”

JYP Entertainment released a statement on January 10, reiterating that “Park Jin Young attended 2015 A Night of Weibo in China on January 7, and received the award for ‘Most Influential Producer.'”

After receiving the prize, Park Jin Young said, “First of all, I am so honored to have been given the chance to attend Weibo Night, thank you for giving me the opportunity to make an unforgettable memory. Thank you also to my Chinese fans, who have paid close attention to me and given me their support. If given the chance, I would like to collaborate more with Chinese musicians and release more diverse and amazing music.”

Park Jin Young
JYP Entertainment
How does this article make you feel?