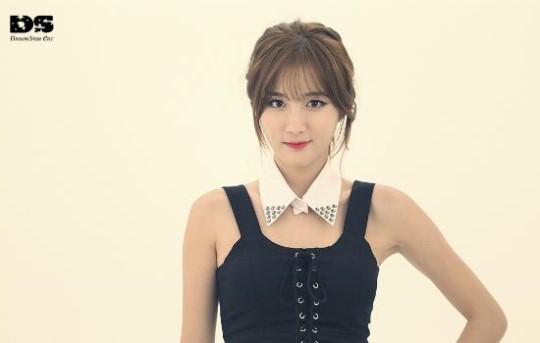 Girl group Tahiti‘s agency has announced that it will take strong action against the person who sent member Jisoo a “sponsor” offer through the social networking service Instagram.

On January 10, Tahiti’s Jisoo uploaded a photo onto her personal Instagram that captured a series of direct messages someone sent to the singer, offering to set her up with a person who was willing to pay about anywhere from 600,000 to 3 million won (approximately $500 to $2,500). The person introduced himself as a broker from a club that has paying members. The broker states that there is someone in the club who is a big fan of Jisoo and is willing to pay 2-3 million won (approximately $1,700 to $2,500) for each time she and the member would meet. The broker kept on messaging Jisoo when she did not respond, saying he promises she will only have to meet that one person and that everything will be kept a secret. When Jisoo still didn’t respond, the broker said he can make sure she will get paid 1 million won (approximately $800) per meeting and all she has to do is just go on a date with the member, consisting of shopping and eating dinner. The broker reassures her that he is offering her much more than other places. When Jisoo still doesn’t respond, he offers her even more pay – 4 million won (approximately $3,300).

Jisoo writes as a caption to this photo, “I find this kind of direct [messages] offensive. You kept on telling me to check [my messages] through every photo I uploaded and kept on sending these kind of messages. I am offended.”

Tahiti’s agency stated that it will take strong action by officially petitioning the Cyber Crime Investigation unit to investigate potential charges. Tahiti is currently in Japan due to other activities.