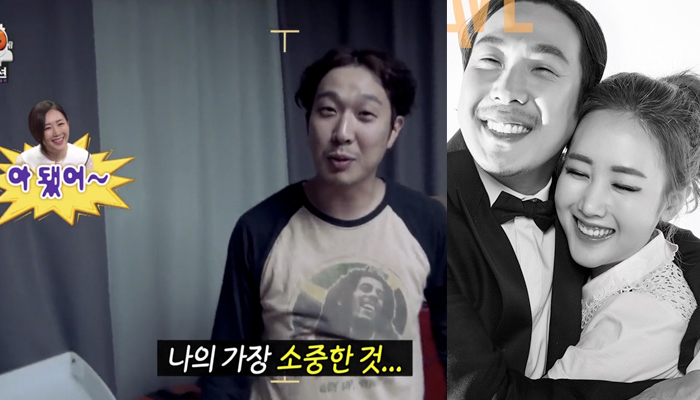 On this week’s episode of “Infinite Challenge,” the cast members and guest Shim Hyung Tak set off on a space adventure!

The day before they leave, each member is given a box in which they can pack what they think they will need during their stay on Mars. They all dramatically record final messages to their loved ones as they pack and prepare for their trip to space. 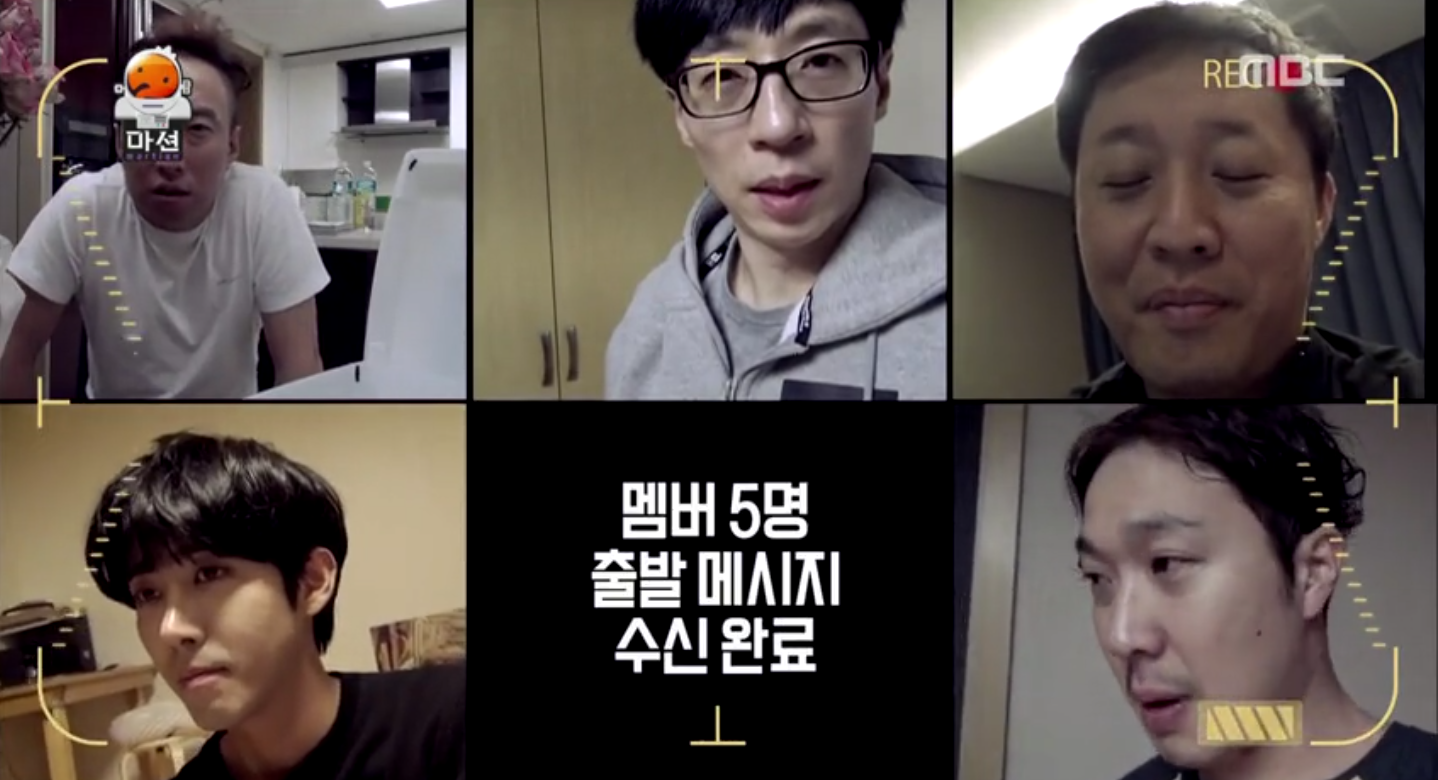 Haha’s wife Byul helps him tape his segment at home. She asks him from behind the camera, “Are you really going to space?” Haha replies as he looks around the room, “Yes, I’m going to space.” 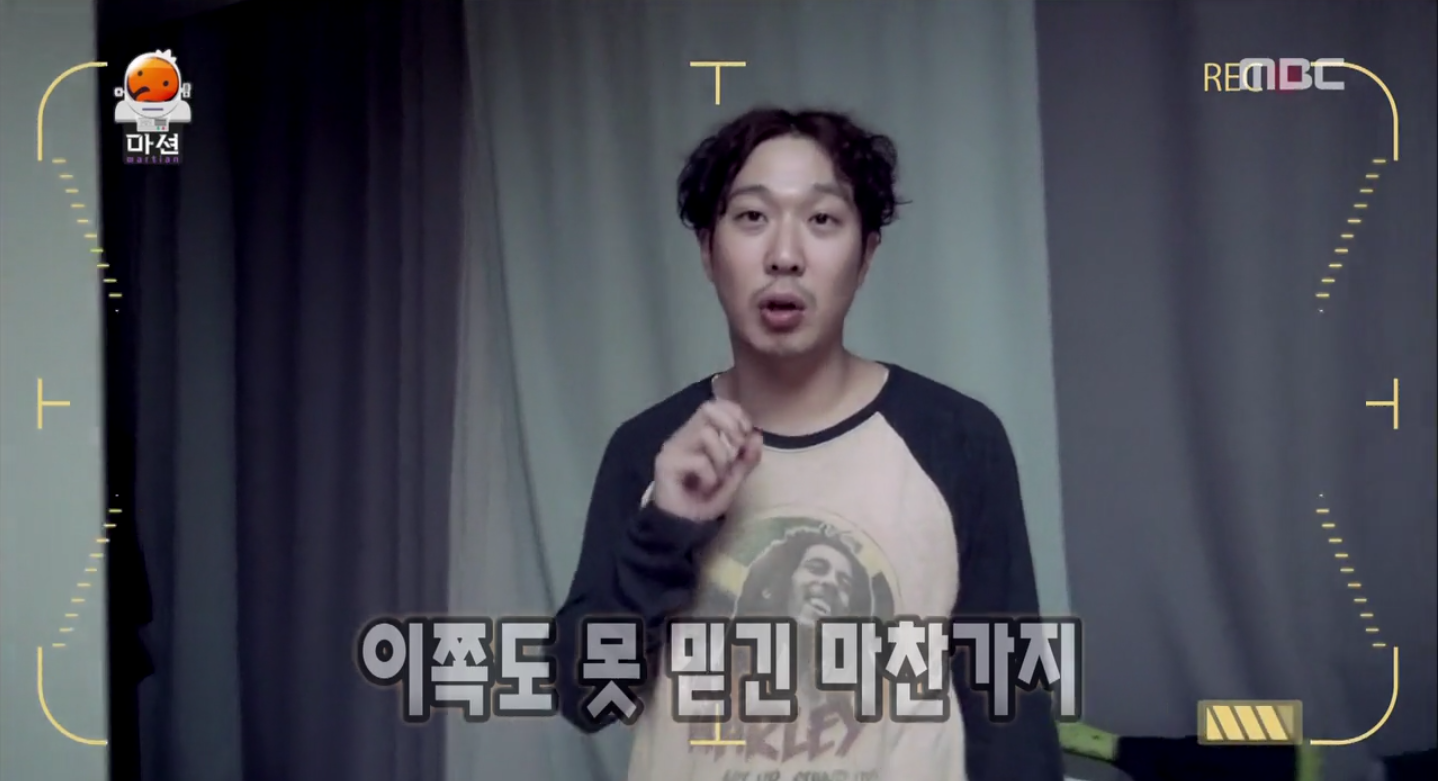 Haha then says, “Our wedding album!” and grabs it to put in his box. “You never even look at that!” laughs Byul. 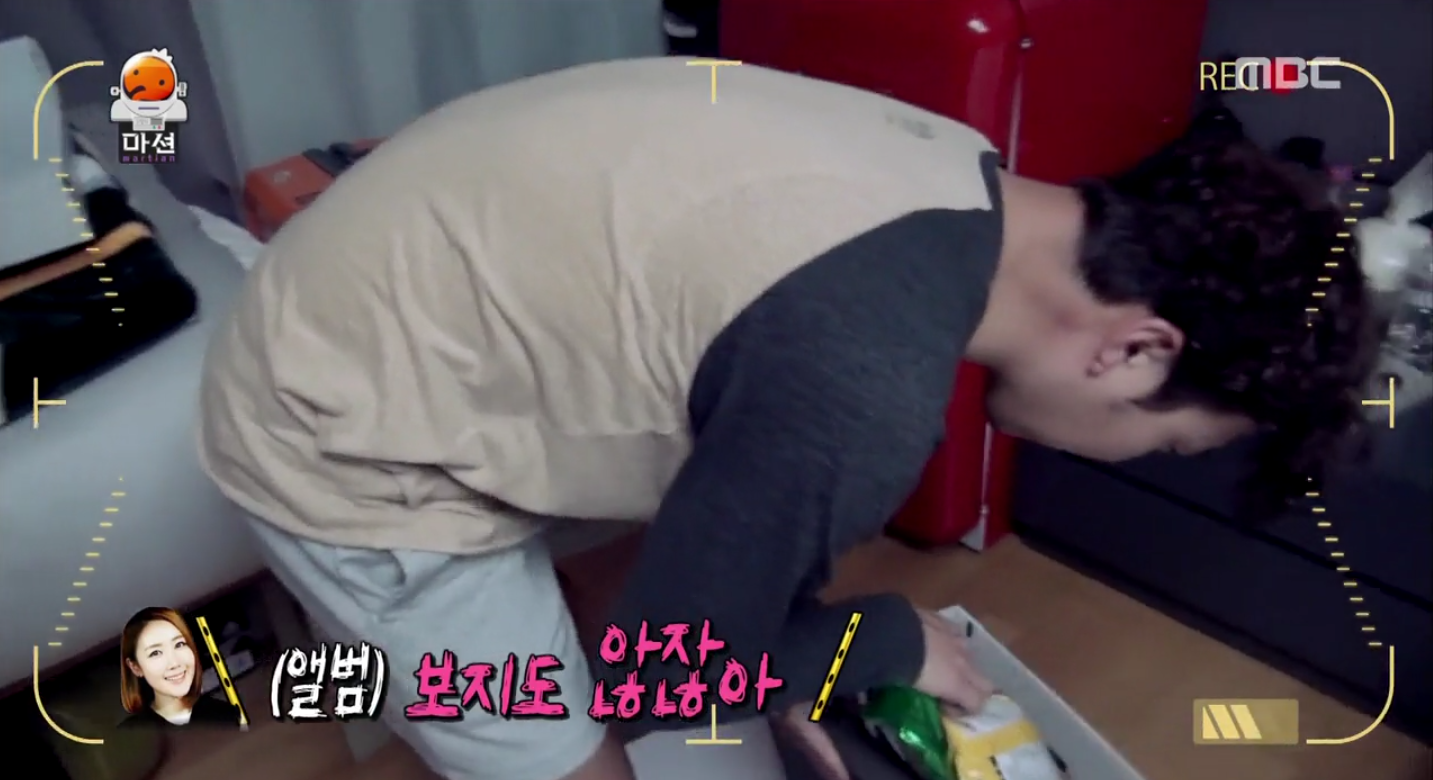 He then looks straight into the camera and says, “Honey. Get in the box.” 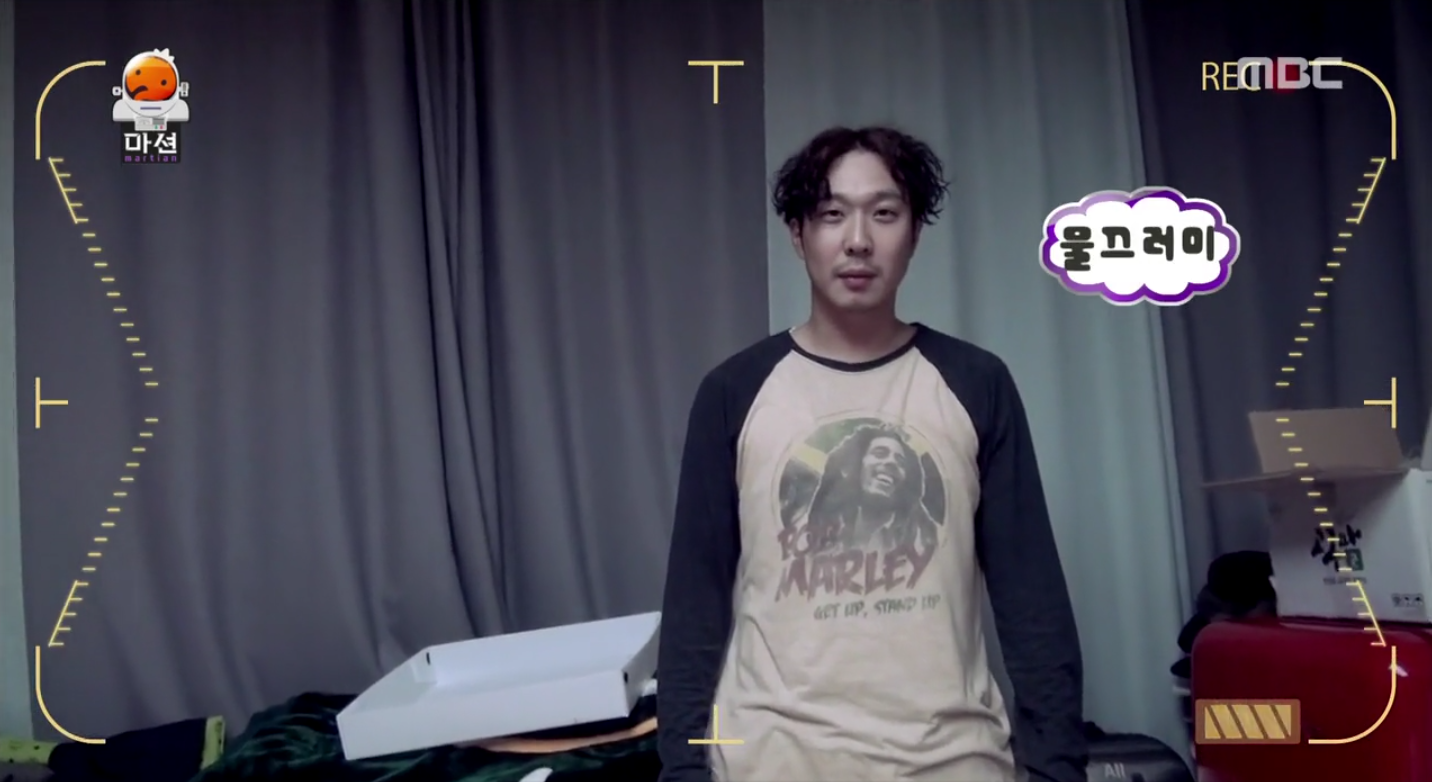 “No thanks,” she says, bursting out laughing again as he pulls the box over towards her.

“You’re my most precious thing!” he says. “No thanks!” she protests, but then we see her legs and arms in her pink polka-dot pajamas as she playfully struggles against Haha while he tries to get her in the box. 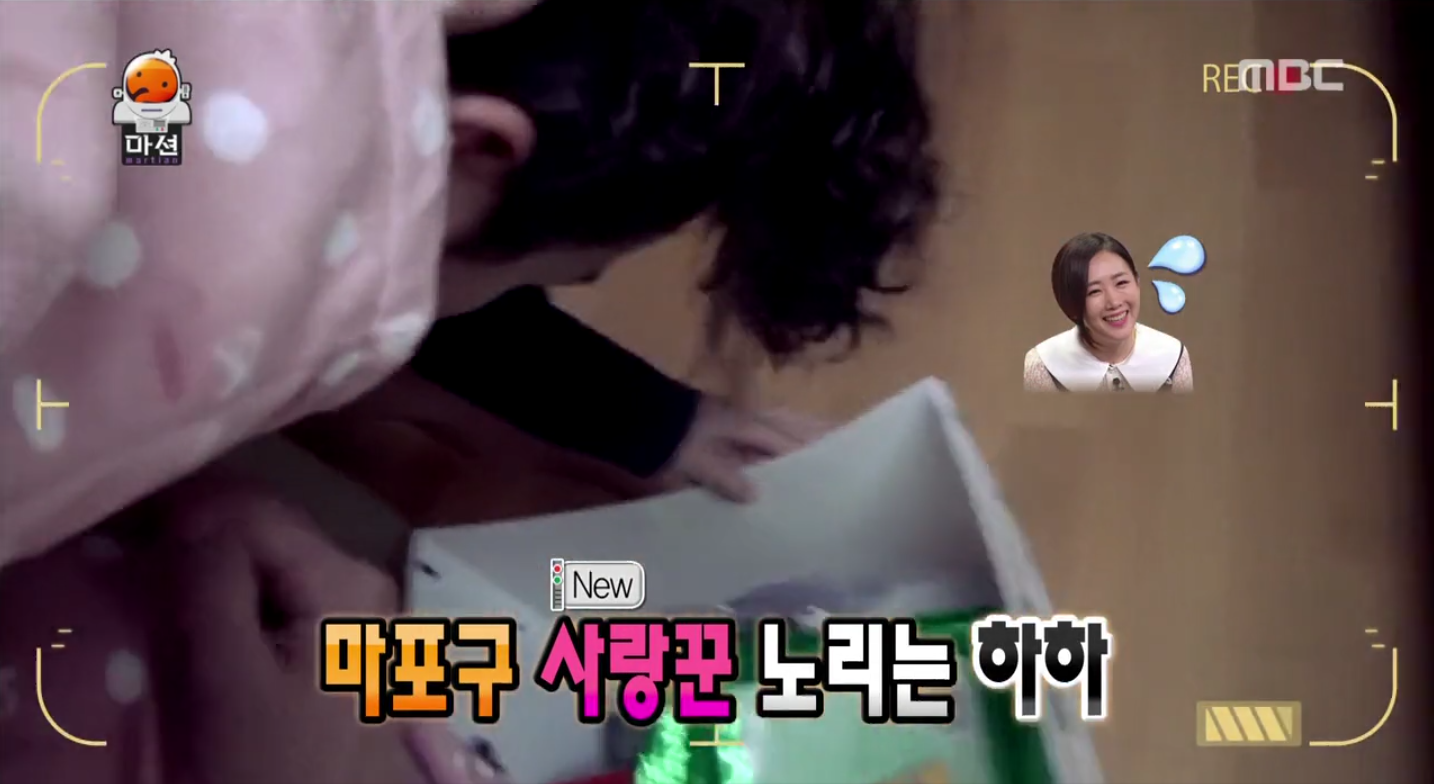 Haha then leans in for a kiss at the camera, and Byul pushes his mouth away as the pair laughs.

Later on, Haha films his own video message to Byul. “Honey, please take care of Dream. In case I’m not able to return…,” he says, and then pretends to be choking up with tears. “You take my restaurant.” 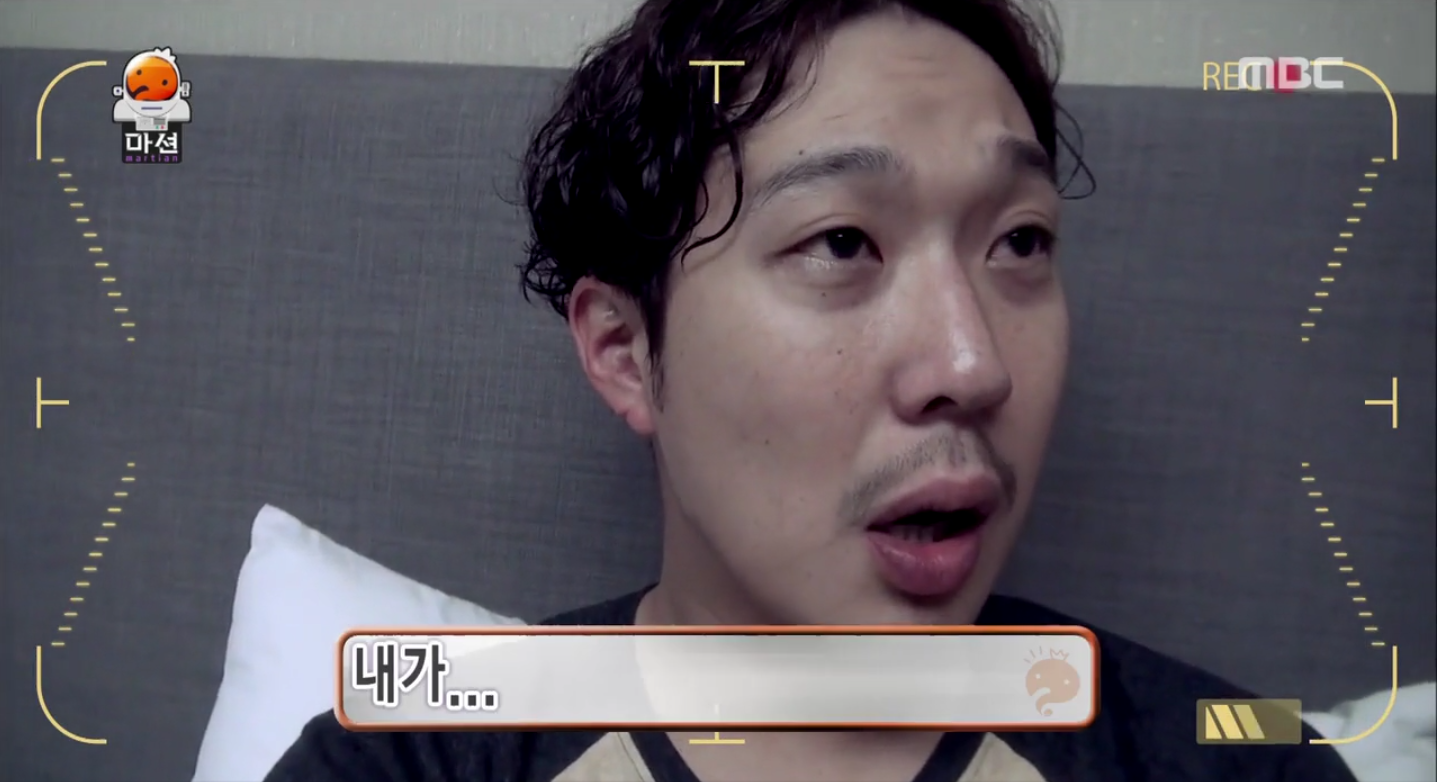 Haha and Byul got married in 2012, and welcomed their first son Dream into the world in July of 2013.

You can check out more of the cast’s trip to “space” in January 16’s episode of “Infinite Challenge”!

Byul
HaHa
Infinite Challenge
How does this article make you feel?