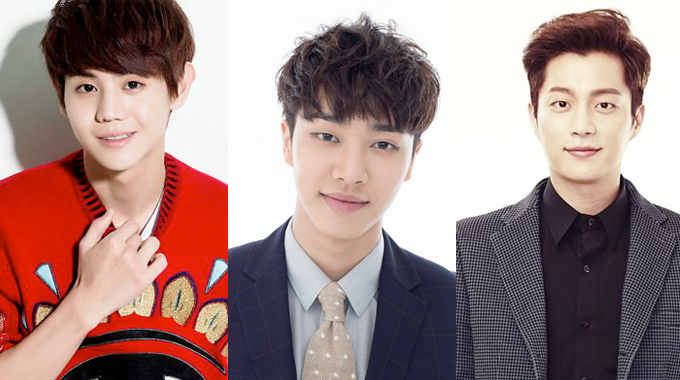 BEAST members Yoseob and Kikwang are subbing in for their leader Doojoon at MBC‘s 2016 Idol Star Athletics Championships!

On January 18, Yoseob updated his Twitter to say, “The pain in BEAST’s leader Doojoon’s left leg has got a bit worse, so Kikwang and I have decided to become Doojoon’s left and right legs and participate in the futsal match tomorrow. Since it’s not a serious injury, please don’t worry about it.”

He goes on to write, “We’re volunteering to participate in order to lessen the strain on Doojoon’s left leg, more so as friends than as fellow members. We hope no one gets hurt. We’ll be careful.”

Shortly afterwards he added in another tweet, “Doojoon will definitely be out there too! If there are not many reserve players, Doojoon will quickly be subbed in, no matter how much it’s planned for him to rest on the bench.”

The group’s agency Cube Entertainment says, “Doojoon is not seriously injured. It appears that Yoseob and Kikwang, as fellow members, are simply concerned about whether or not he’ll be able to run during the whole game.”

The Idol Star Athletics Championships are filmed over two days on January 18 and 19 at the Goyang Indoors Sports Hall, with the second day focusing on futsal matches. It will be aired over the Lunar New Year holiday.