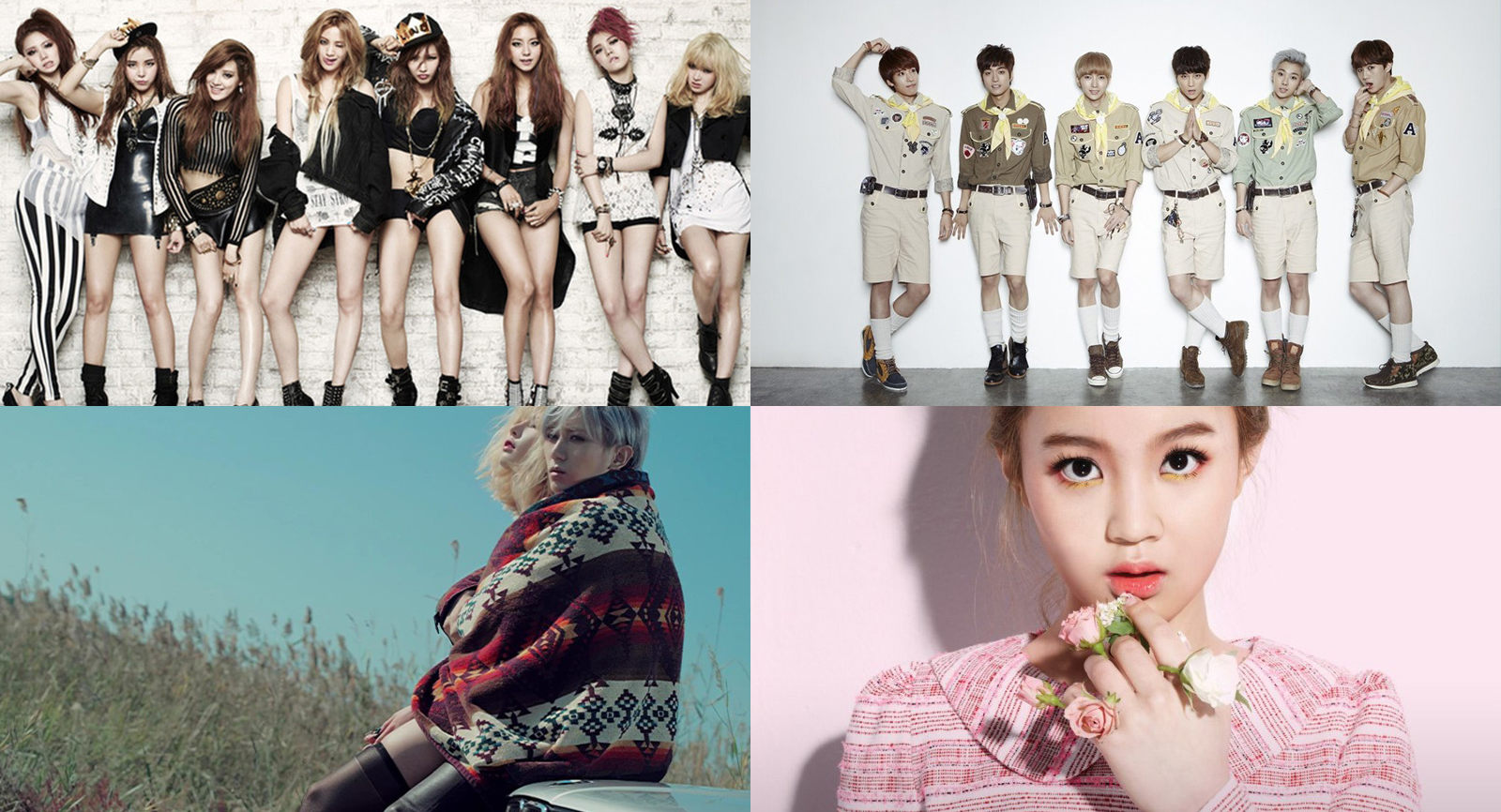 While most K-Pop artists tend to release new music every year, sometimes it can take much longer due to overseas promotions, acting, long vacations, or even military enlistment.

Fans can get restless after a few months, so reaching multiple years can be even more worrying.

Let’s take a look a which singers have had the longest break from music promotions.

For this list, Japanese releases, OST songs, and other special collaborations were not considered comebacks.

Outside of the top 8:

As Son Dam Bi didn’t have live promotions for “Red Candle,” her previous comeback before that was November 12, 2012 (39 months). She gained huge popularity in the past for her hit dance songs “Crazy” and “Saturday Night.” Currently, she is active as an actress.

Although they have only released two mini albums, Trouble Maker is considered to be one of the most high profile sub-units. Their songs are pretty much expected to be huge hits.

It has been a while since we’ve seen DSP Media’s boy group A-JAX in action. They made their debut in 2012, a highly competitive year for rookie boy groups. Jaehyung started his military service last year, while Sungmin recently left the group.

After School is usually one of the first groups to be mentioned on topics of “most wanted comebacks.” Some fans have even started a petition for asking their comeback. Following their 2013 album, sub-unit Orange Caramel released “Catallena” and “My Copycat in 2014, while other members have had solo activities.

Featuring unique concepts such as tap dancing, drumming, and pole dancing, there are always high expectations for their comeback.

It seems that Lee Hyori likes to take long breaks in between albums. Before her “Monochrome” album in 2013, she previously released her “H-Logic” album in 2010.

Since the release of her first album, Lee Hi has also worked collaboration tracks such as “All I Want For Christmas Is You” with Park Bom and “I’m Different” with Akdong Musician‘s Suhyun. Fans just need to wait a little bit longer for her solo comeback, as she is currently working on her new album with HIGHGRND, Tablo‘s sub label under YG Entertainment. It reportedly is almost ready for release.

Supernova continues to focus their promotions in Japan. Their album “7IRO” even managed to top Oricon’s Daily Chart last year.

Last having promoted “When I Can’t Sing” and “Somebody Else” in 2012, Se7en was busy with his military service from 2013 all the way to the end of 2014. Following the expiration of his contract with YG Entertainment in early 2015, he set up his own agency and plans for a March 2016 comeback.

Which artists’ comeback are you looking forward to the most?