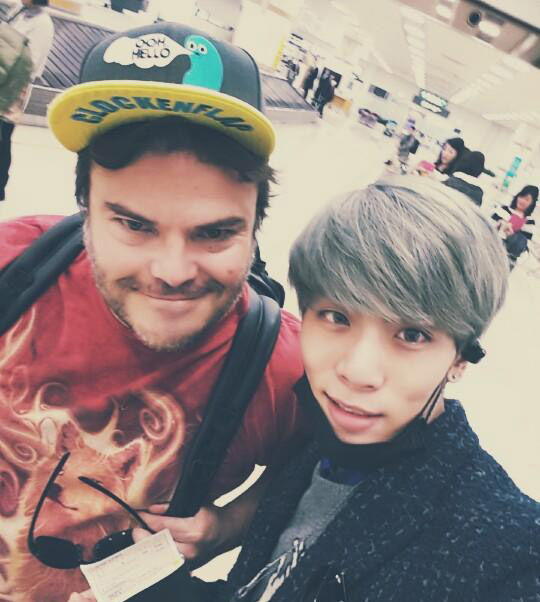 Hollywood star Jack Black recently came to Korea in order to participate in “Infinite Challenge,” and opened up on his experience of meeting SHINee‘s Jonghyun.

For those who don’t know the story, Jack Black coincidentally ran into SHINee at Seoul’s Gimpo Airport around this time last year. He approached Jonghyun, asking if he were a rock star before revealing himself as Jack Black.

Then, on a Naver V app broadcast promoting his new film “Kung Fu Panda 3” on January 20, Jack Black talked about the experience. “I thought Jonghyun was a rock star when I first saw him,” Jack Black said. “It was because he was really good-looking and there were a lot of girls screaming.”

Jonghyun previously talked about his side of the experience on an episode of “Section TV” last year, expressing his surprise at running into a foreign movie star at what’s typically a domestic airport.

Meanwhile, Jack Black will be participating in filming for “Infinite Challenge” on January 21.

SHINee
Jack Black
Jonghyun
How does this article make you feel?