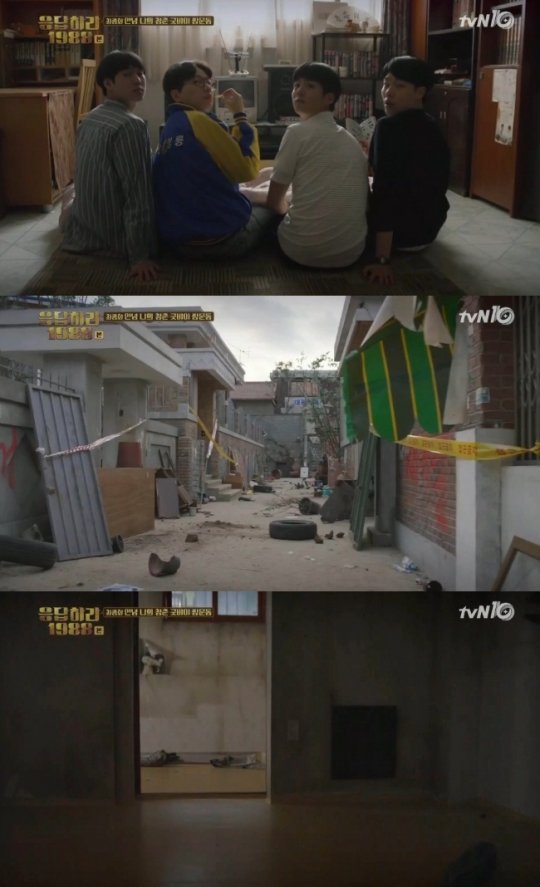 CJ E&M, the company that produced “Reply 1988,” relayed some sad news for fans of the drama that might have wanted to visit the set.

The company stated that the “Reply 1988” set will be torn down. A 1980s era neighborhood street features heavily in the drama as the street where the main characters grew up and lived together for twenty years. In fact, the neighborhood could be seen as a character in of itself in the drama. While the neighborhood is placed in Ssangmun-dong in the drama, the set is actually built in Uijeongbu, a city in Gyeonggi Province.

CJ E&M stated that they worked with the city of Uijeongbu to build the set, and thanks to their support, the drama was filmed without problems. But because it is built near the Uijeongbu Stadium, “there is a limit to letting it remain as a tourist attraction or as a set for other dramas,” stated the company.

CJ E&M explained that while it considered a variety of measures with the city, ultimately, the preservation of the set was determined to be infeasible. It concluded, “In the future, we will plan more carefully starting from the beginning in order to make drama sets a tourist attraction and a profitable business.”