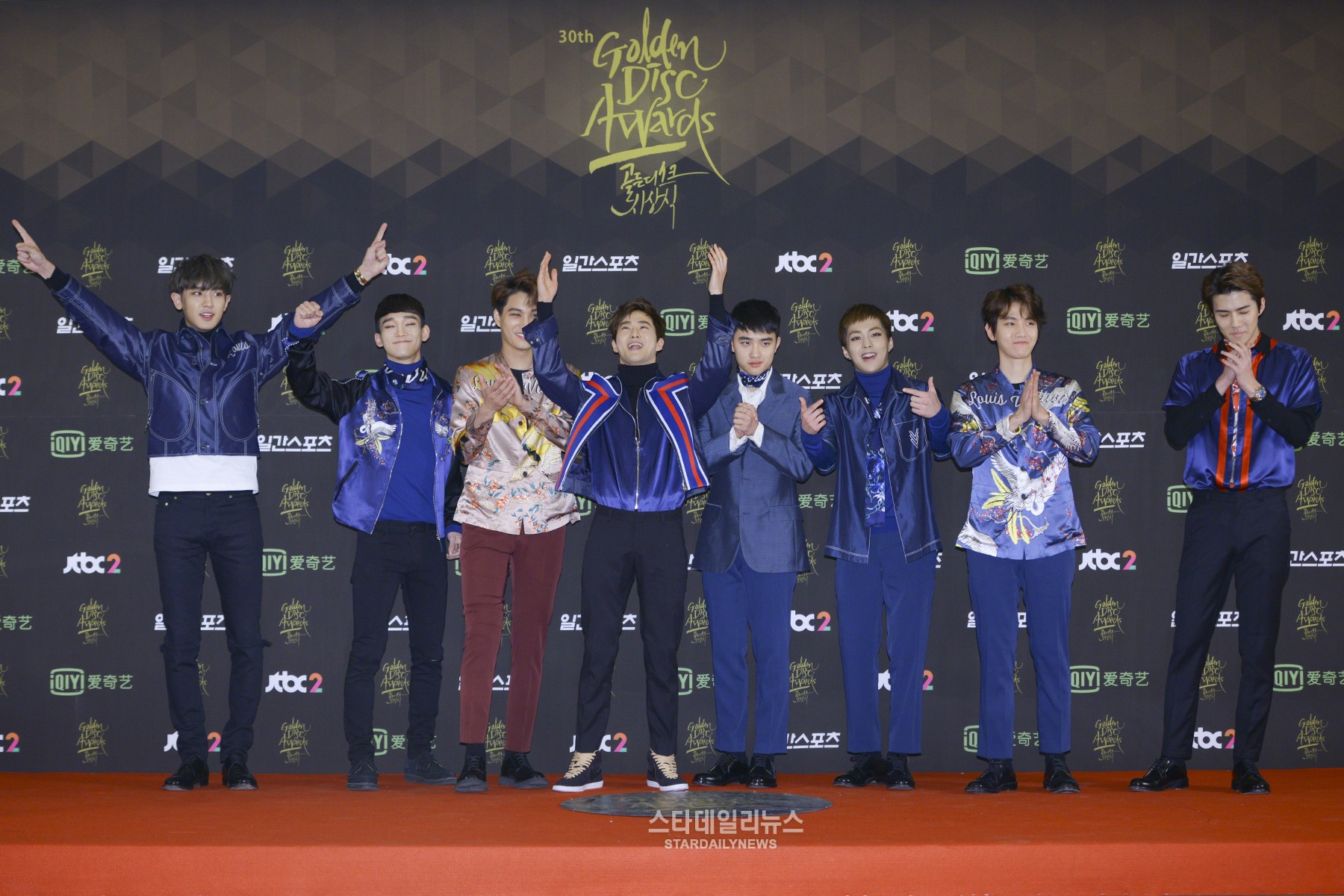 EXO Comments on Their 13 Daesang Wins Since Their Debut

EXO took home the Golden Disc Daesang yesterday, on the second night of the awards, for their album. BIGBANG took the Daesang the first night for digital singles.

In an interview after the win, EXO was asked about their numerous awards, now counting up to 13 Daesang (top prize) wins since their debut in 2012. EXO also became the third SM artist, after Super Junior and Girls’ Generation, to take home a Golden Disc Daesang three times. Yesterday marked the third year in a row EXO won the Daesang at the Golden Disc Awards. The group also won three awards at this year’s 30th Annual Golden Disc Awards.

Leader Suho commented, “I’m thinking that we have to work harder and not just stop here.” Regarding the 13 Daesangs, Suho said, “We’re surprised. We will work hard to become a group that wins even more Daesangs.”

Chanyeol was happy to that know that the group had nothing else scheduled after that night, since the group usually eats out to celebrate when they win awards.

Baekhyun also commented on their upcoming North American tour, saying, “It’s our first time. So while we are nervous, we will do our best to satisfy our fans there.”

Suho said of their future plans, “We are preparing an album and concerts. We also plan on doing a lot of solo activities.”