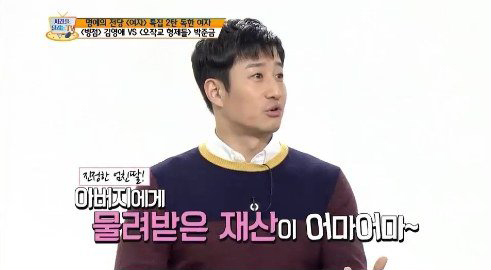 Lee Hoon commented, “Park Joon Geum is such a cool woman. We nicknamed her Octopus. She’s from a very wealthy family. She had a lot of money even if she didn’t work, so she treated a lot of people. It turns out she had a huge inheritance from her father.” 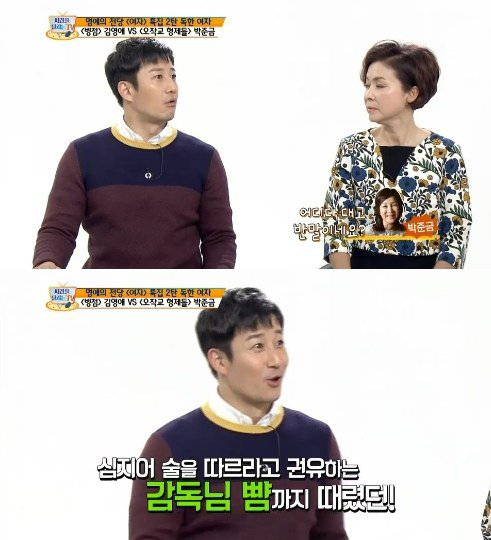 He went on to add, “Even when she was a rookie actress, she’d talk back to the producers if they spoke down to her or asked her to pour them a drink. At one time, she slapped a producer who insisted that she pour him a drink. As a result, she was blacklisted by him and couldn’t appear on TV for six months.” Fellow actress Geum Bo Ra chimed in and said, “I have been blacklisted many times as well.”

The theme for this episode of “TV Time Travel” was “Strong Willed Women.” They talked about Park Joon Geum of the drama “Ojakgyo Family” and also about actress Kim Young Ae who starred in 1990 drama “Freezing.” Kim Young Ae is known to have appeared in the drama “The Moon Embracing the Sun” while she was diagnosed with pancreatic cancer. The show also talked about announcers Hwang Soo Kyung, Jung Eun Ah, Lee Geum Hee, Seo Dong Sook, Hwang Hyun Jung, and Noh Hyun Jung. A glimpse of actresses Go Hyung Jung and Ko So Young were highlighted as well as comedian Yoo Jae Suk and entertainer Hong Suk Chun’s past on TV.