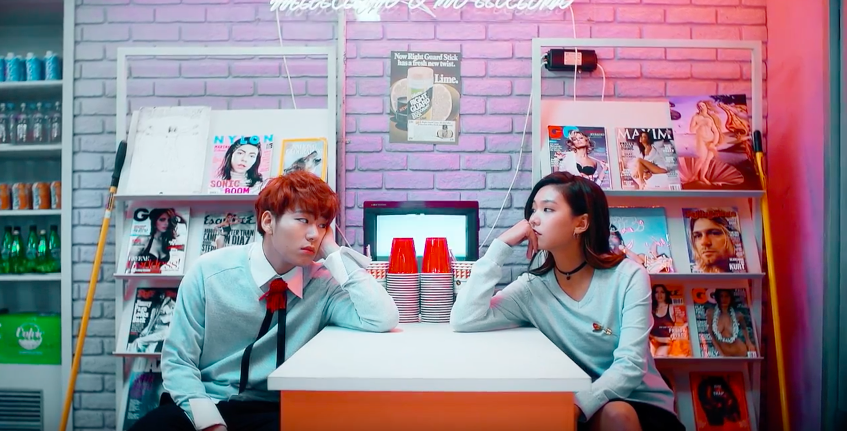 Zico Says “I Am You, You Are Me” in new Music Video

Block B‘s Zico is back with his newest music video, “I am You, You Are Me”!

The song itself is a laid-back R&B piece, with a soothing melody and rhythmic rap feature. In the music video, Zico walks into a convenience store and realizes he’s wearing a similar outfit to the teller behind the counter.

As Zico keeps returning to the store, their outfits continually mirror each other’s. They eventually realize it isn’t coincidence when Zico finds he has an injury in exactly the same place as the girl’s.

The song is just one of two from Zico’s upcoming single that will be getting a music video. “It Was Love,” which featured Japanese singer Mariko Shinoda in the teaser, will drop on January 25.

Block B
I Am You
You Are Me
Zico
How does this article make you feel?