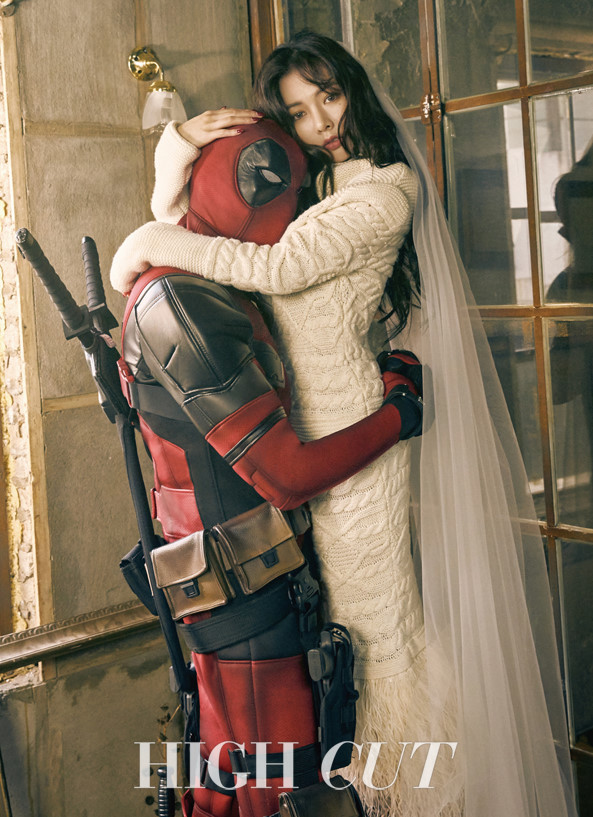 The star of the upcoming Hollywood film “Deadpool” took to social media to express his affection for 4Minute‘s HyunA.

HyunA was recently part of a photo shoot with High Cut magazine that paired her with the Marvel superhero Deadpool, which is played by actor Ryan Reynolds in the upcoming live-action film. The pictorial shows HyunA as the bride of Deadpool and living in domestic bliss.

Ryan Reynolds writes on his Instagram account, “This happened… and I don’t regret it for a second. 사랑@hyunah_aa” on the photo that shows him hugging the High Cut magazine that showcases HyunA’s photo spread with Deadpool. 사랑 is Korean for “love.” Ryan Reynolds hugs the magazine in the same way HyunA hugs Deadpool in the magazine.

This happened… and I don’t regret it for a second. 사랑 @hyunah_aa

Ryan Reynolds
4Minute
High Cut
HyunA
How does this article make you feel?