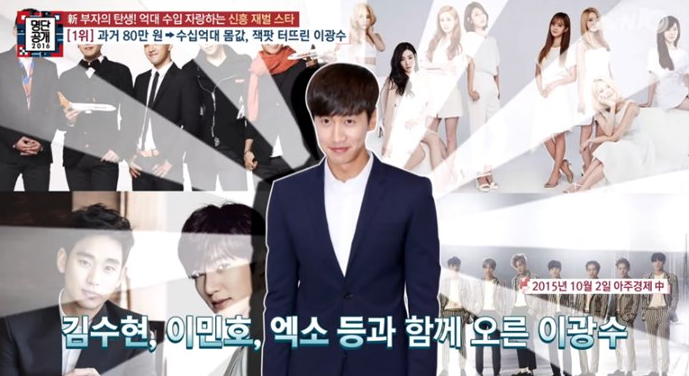 Actor Lee Kwang Soo has earned the number one spot for chaebol stars.

On the January 25 broadcast of “The List 2016,” it revealed eight stars who have been labeled as newly-rising chaebols. Lee Kwang Soo rose to first place, surpassing actor Kim Soo Hyun.

Lee Kwang Soo also became the model for a Japanese car brand on top of his other activities in Southeast Asia.

Lee Kwang Soo
The List 2016
How does this article make you feel?