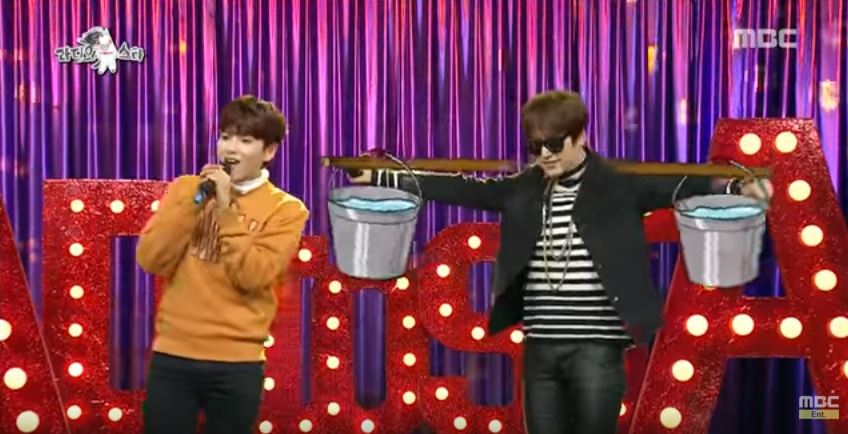 Rappers Kyuhyun and Ryeowook have made a rare appearance on the January 27 episode of “Radio Star!” The last time Rapper Kyu made an appearance was a few months ago, covering Song Mino’s “Fear” at his solo concert.

The two singers demonstrated their swag by singing and rapping along with Dynamic Duo’s “Guilty.” Rapper Zico praised their performance afterwards,saying that the gestures throughout the rap performances were particularly extraordinary. Yoon Jong Shin commented that the performance was “like filming a music video.”

If you haven’t checked out their hip performance, watch the clip down below and let us know what you think!

Super Junior
Kyuhyun
Radio Star
Ryeowook
How does this article make you feel?