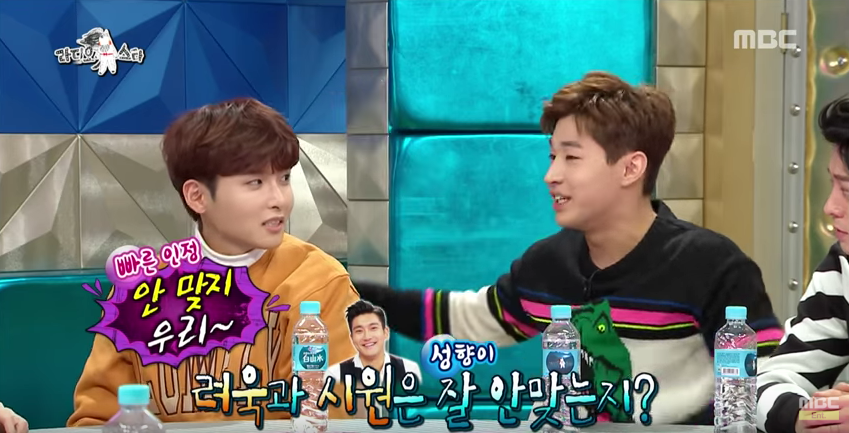 On the January 27 episode of “Radio Star,” Super Junior-M member Henry dishes out on his fellow Super Junior members, Ryeowook and Choi Siwon.

The conversation starts when Kyuhyun mentions that he’d tried with no success to get Ryeowook to watch “She Was Pretty.” Henry chimes in, “Those two fight every day over childish things, but they fight like adults. They even wrote up a contract.” 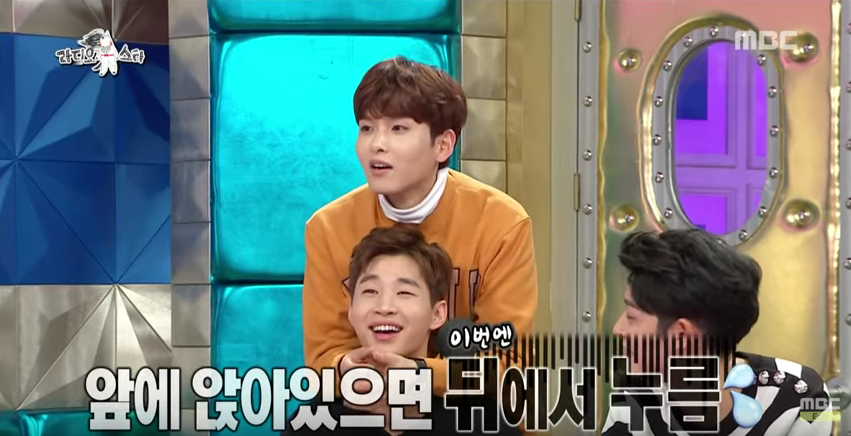 Ryeowook explains that he doesn’t like skinship, but Choi Siwon insists on high-fiving every time they run into each other. On top of that, because Choi Siwon is so much taller than Ryeowook, he always leans on him, even during interviews. Ryeowook says, “We wrote up a contract as a joke,” but Henry interrupts him to say that it wasn’t a joke.

Kim Gu Ra then asks what the terms of the contract were, and Ryeowook replies, “The terms were that we only high-five three times a day, at breakfast, lunch and dinner.”