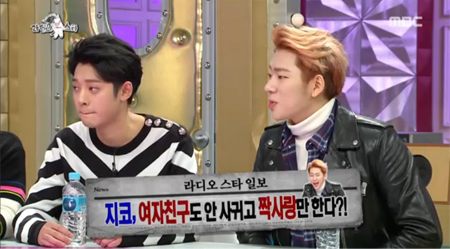 Zico Opens Up About His Celebrity Crushes and Love Life

On the latest episode of MBC talk show “Radio Star,” fellow guest Jung Joon Young reveals that Block B‘s leader is quite particular about his women too.

“Zico is really popular with girls but doesn’t easily give his heart because he is particular,” Jung Joon Young says. “Instead of getting a girlfriend, he has unrequited crushes on people.”

Zico confirms this, revealing that he has been rejected twice, both by celebrities. 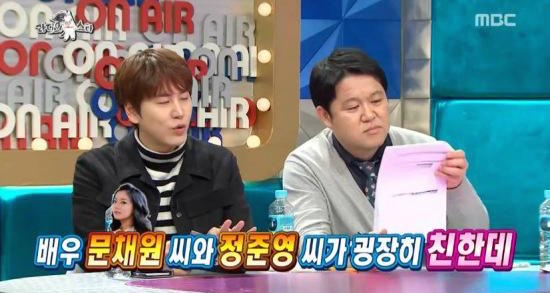 “So why don’t you invite me [to these meals]?” Zico asks Jung Joon Young, to which he responds, “Well, you didn’t invite me when you ate with Lee Sung Kyung.” 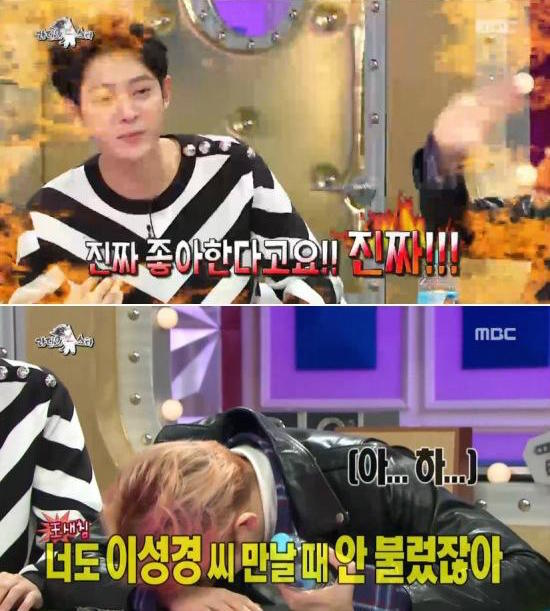 Block B
Moon Chae Won
Radio Star
Zico
How does this article make you feel?