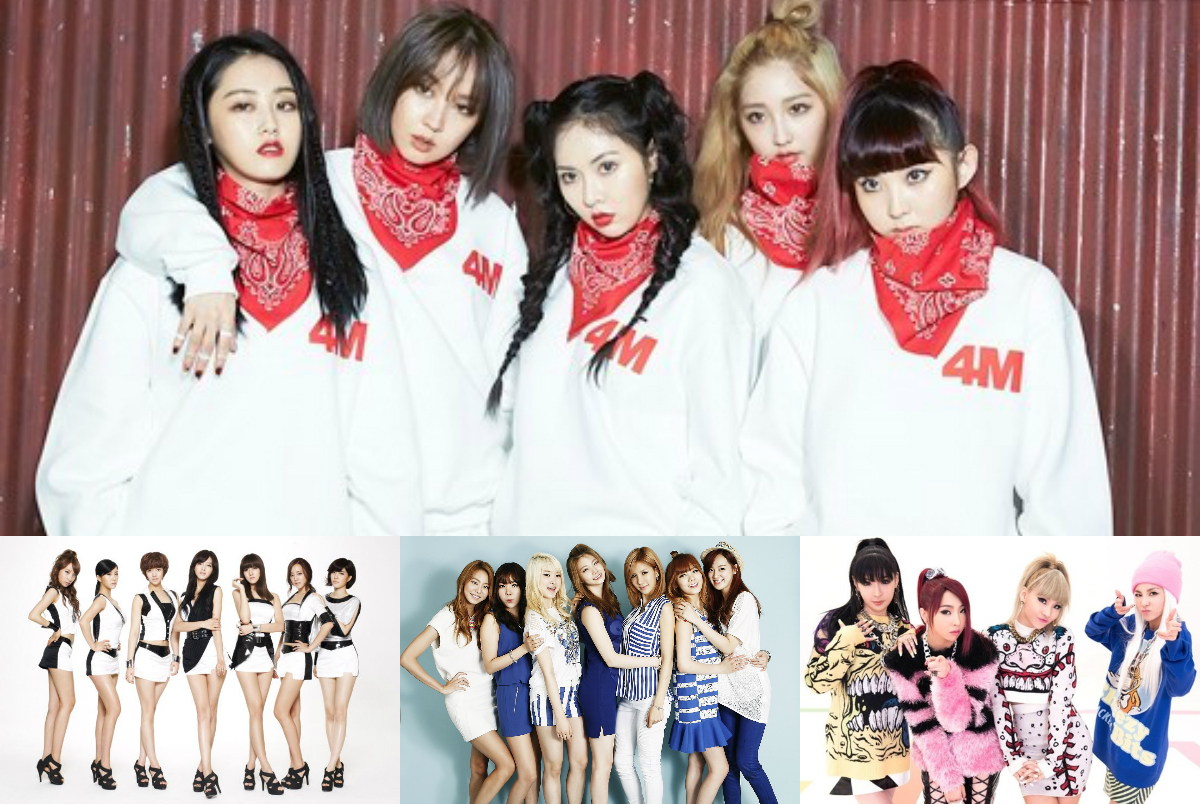 4Minute just dropped a new album, and Rainbow is about to release new material. In the same month, no less. Am I dreaming, or is this actually happening? For certain K-pop fans (like me, for instance), this is wonderland. If EXID released something now, I think my head would explode.

But before I, and similar-minded 4Minute/Rainbow-holics, go skipping off into the sunset with anticipatory glee, it is worth dwelling on the fact that the timing of these releases does seem eerily coincidental.

Last year was unquestionably the year of the “Class of 2007” girl groups.

Acts that debuted in 2007 were in and out of the headlines all year. There was Girls’ Generation with its chart-topping, victorious reinvention as an eight-piece. There was Wonder Girls coming back from the wilderness with the best album of the year by a country mile. And there was KARA for, well, looking like they were about to break up (and then, this year, actually following through). 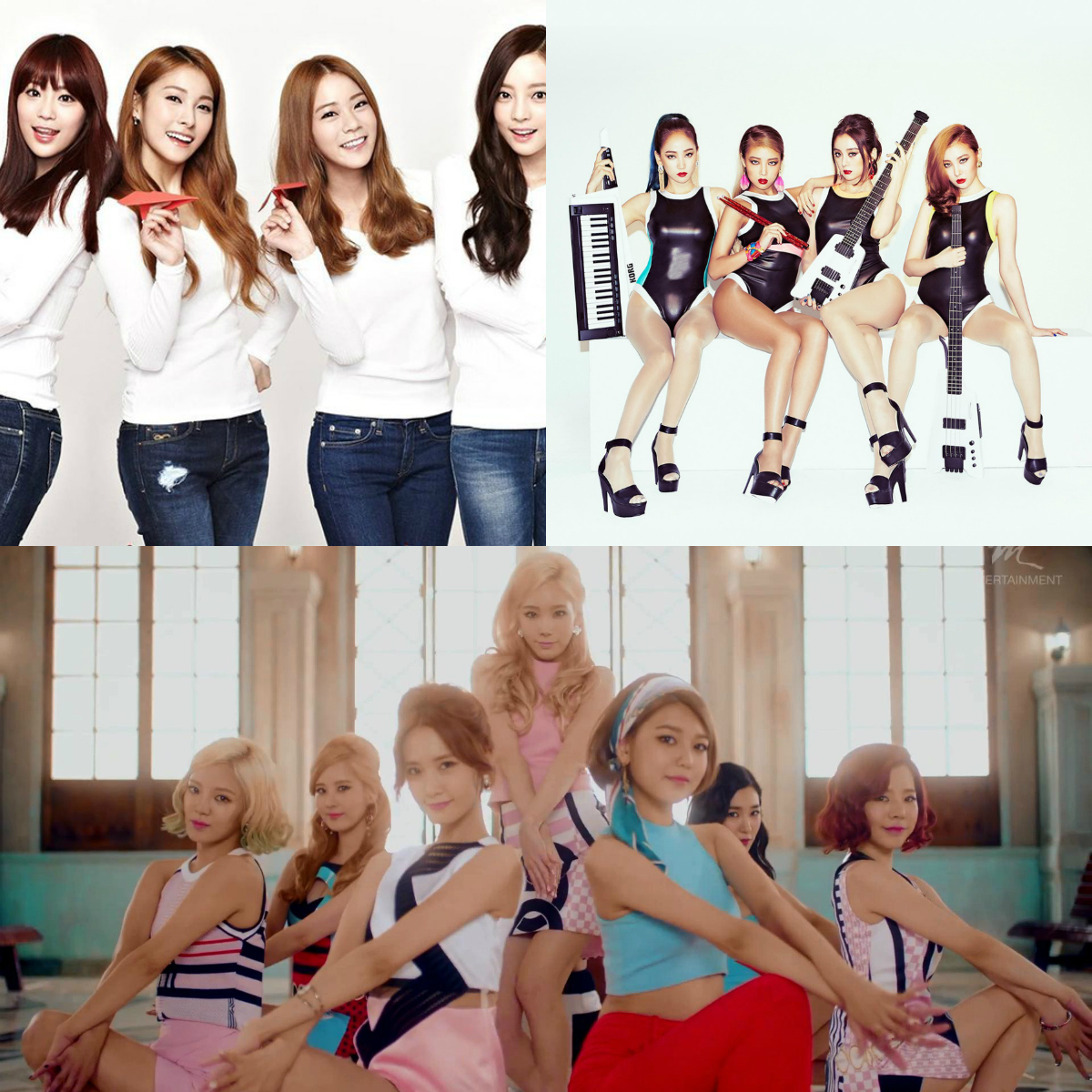 4Minute has just followed up last February’s “Crazy” EP with yet another pre-Valentine’s Day release in the shape of the Skrillex-produced “Hate.” Batting next will be Rainbow, with a February 15 comeback. The new release will feature songwriting contributions from youngest member Hyunyoung, who has already cut her teeth in the melody-making game with this impressive effort.

And even though we are still far off from getting news of a 2NE1 comeback, spottings of drug controversy-blighted member Park Bom are starting to become more frequent, with a surprise turnout at MAMA in December last year and – more recently – a public appearance at a restaurant in late January.

Optimists will read this as a sign that YG Entertainment is gently testing the waters ahead of a (whisper it quietly or it might not come true) potential comeback. 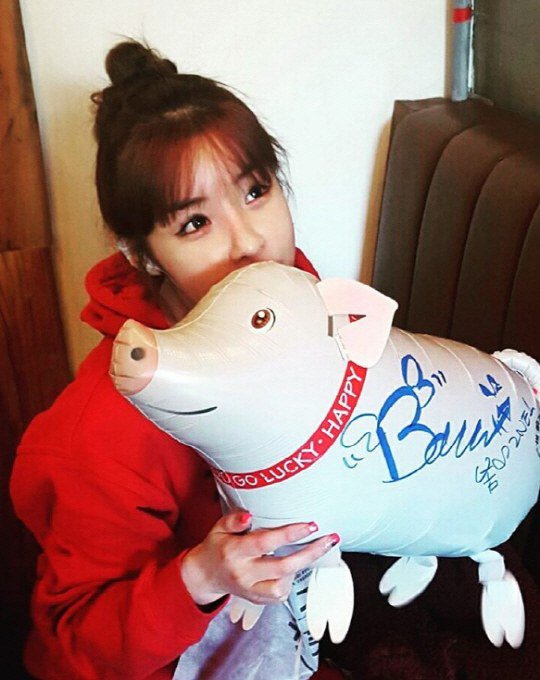 Is it just me, or does anyone detect a sense of urgency in some of these “Class of 2009” activities? And even if urgency is not involved, perhaps it ought to be.

I have trundled this stat out on these pages before, but it bears repeating: there are over 200 (supposedly) active K-pop girl groups out there. Success is guaranteed to nobody.

A few years ago, the idea of KARA breaking up was completely unthinkable – now it’s a stark reality. Last year, several acts from smaller agencies outdid the big guns in terms of music sales.

New groups are in on the game. The GFRIEND girls, like ‘em or not, are already looking like their “Rough” comeback is going to slay. The Lovelyz gravy train is building momentum. AOA’s new subunit is on the verge of debuting, and Seolhyun mania is now at fever pitch – if the full group makes a comeback this year, expect a chart-topper. Hani-obsession is so real now, EXID could just record an album of the girls breathing and it would hit No. 1.

This all makes pretty grim reading for girl groups who have been in the game since 2009. Especially as many of them have fallen way behind in terms of activity. The exception to this rule is probably the aforementioned 4Minute. 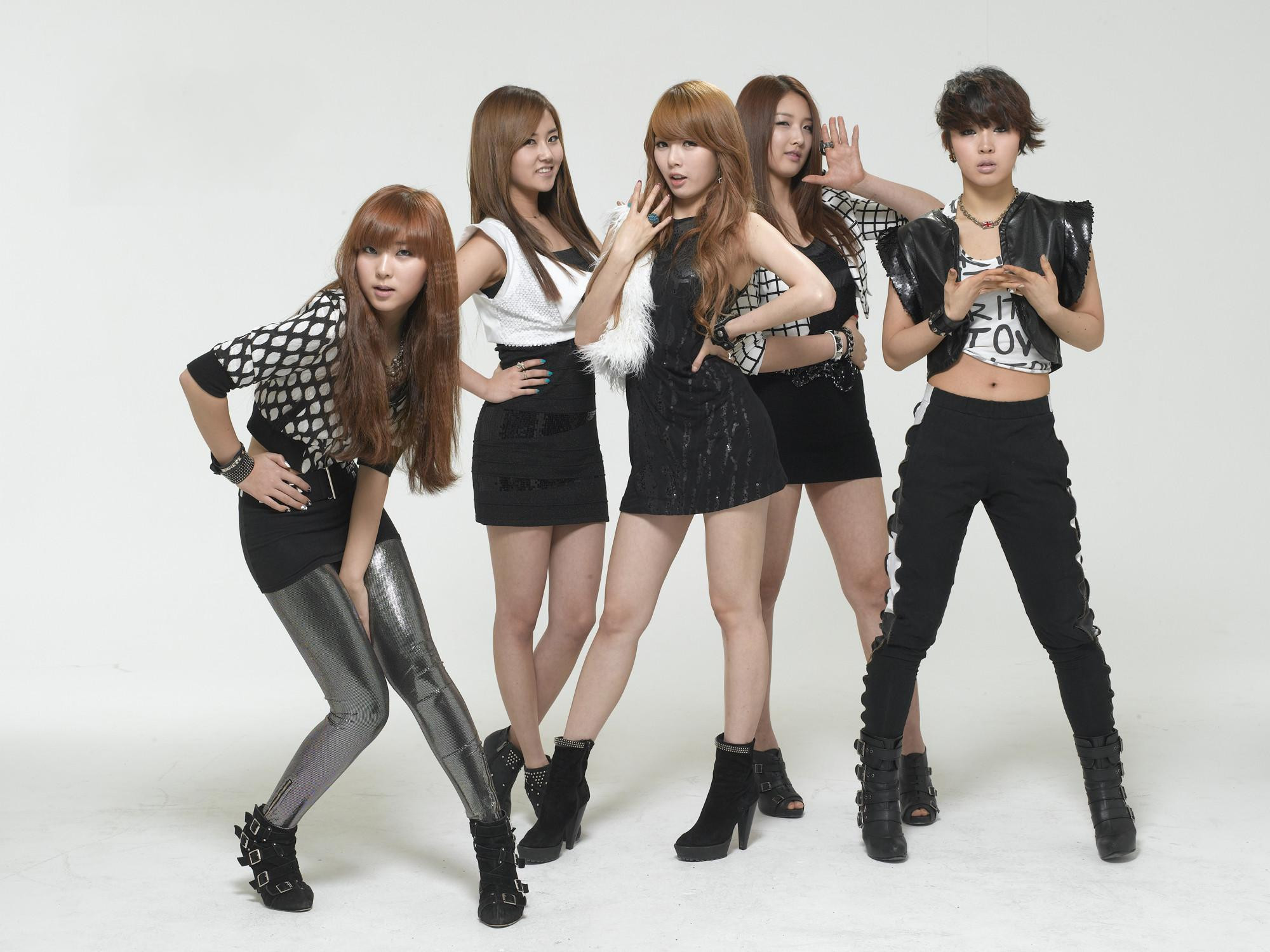 Ever since its first bow, 4Minute has been unrelenting in terms of output, both in terms of full-group material and HyunA solo releases. Make no mistake about it, 4Minute is a perfect example of a “Class of 2009” girl group doing it right. A bigger question mark hangs over the other female acts who began life at about the same time.

Personally, I remember 2009 in K-pop very clearly indeed. Until then, I had been a very casual K-pop fan, if a fan at all. I liked songs here and there, but there were few artists I could really get behind, nobody I really felt like lending my support to. 2009 put an end to that. 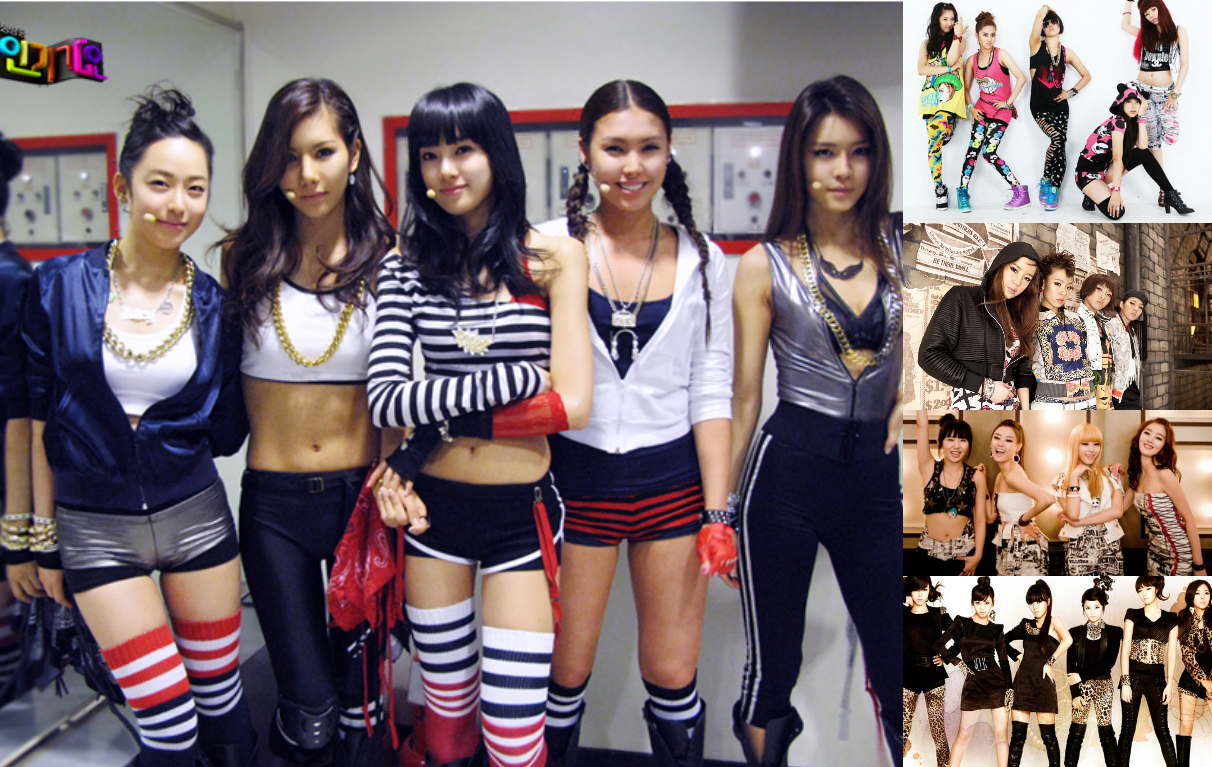 Suddenly the girl group scene was jumping, full of fierce energy, electric dance moves, neon leggings, 120bpm house-pop, crunching synth riffs and dubstep breaks. Musically, these were artists I could get behind. They could also dance like none of their predecessors. That they forcefully bucked the pre-2009 “cuteness” trend just sealed the deal. Looking back on it now, it was wild back then. It was vital. It was nothing short of a golden era for Korean music.

However, times have changed. It is now 2016, and things are not looking quite as bright for many of the above acts.

Fans of After School have become so irked with the group’s lack of activity that they have started an online petition (with over 6,000 signatures so far) urging the group’s agency, Pledis Entertainment, to bring about a full-group comeback this year. The act’s most recent Korean release was 2013’s “First Love.” The group is now hitting the headlines more often for member departures than for comeback news. Just recently, Jungah, the last remaining founding member, decided to call it a day.

T-ara’s “So Crazy” peaked at a lowly No. 33 on the Gaon singles chart last year, with “Sugar Free” scoring one place lower than the year before. It is a very far cry from the heady days of 2011-12 when the girls scored three consecutive chart-toppers (with “Cry Cry,” “We Were in Love,” and “Lovey Dovey”).

Secret’s last release? You need to go back to summer 2014 for that, and last year the web was swimming with rumors about a disbandment (that fortunately turned out to be unfounded).

Rainbow did drop a mini album last year, after a near two-year stint in the wilderness, but promoted it for all of two weeks. Being a Rainbow fan has basically become an exquisite form of self-torture.

The “Class of 2009” will be wary of the changing tide on the Korean girl group scene. Newer acts like GFRIEND, Lovelyz, and Oh My Girl look and sound completely different to “Class of 2009” acts. They also release new material like there’s no tomorrow. 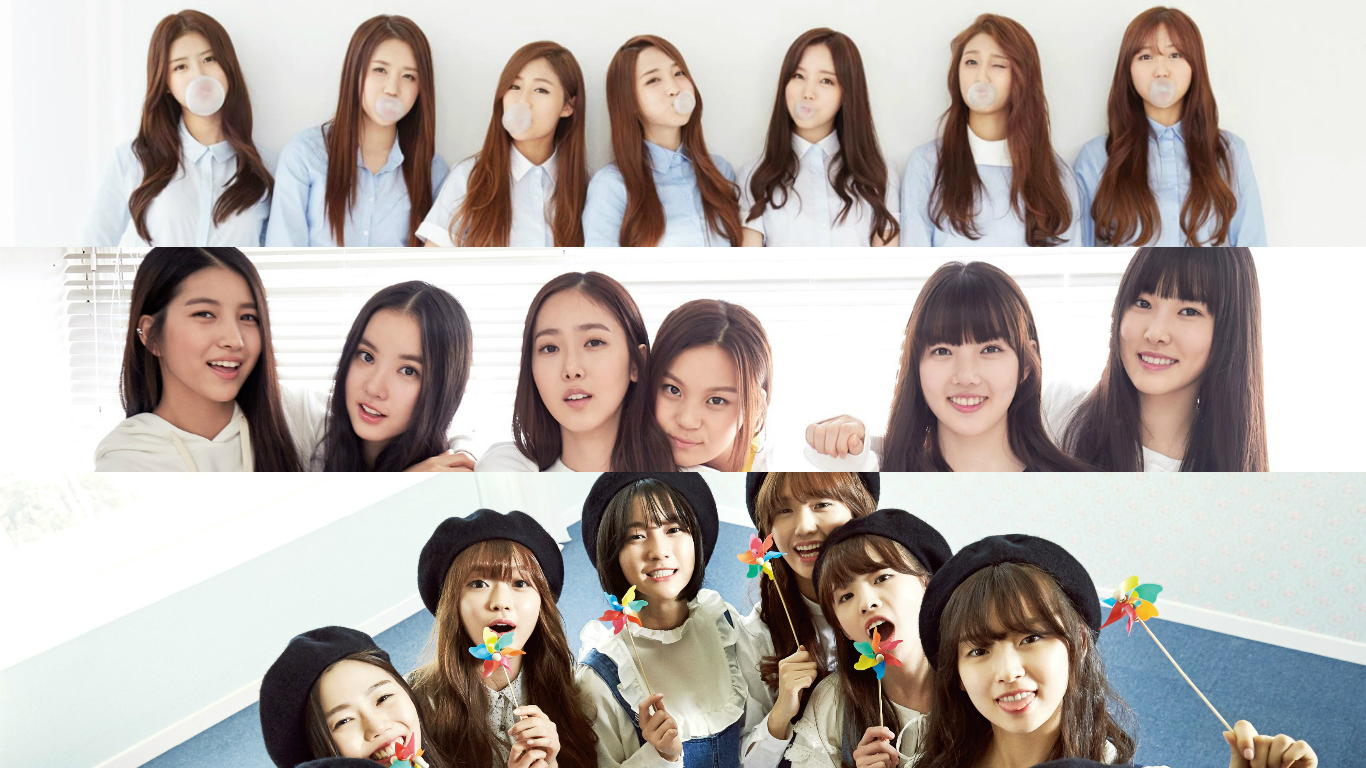 The new groups have eagerly picked up the slack, and that is why 2016 is going to be so crucial for all the “Class of 2009.”

DSP Media and Rainbow simply cannot afford to mess up the latest comeback – too much is riding on it for both agency and group alike. 2NE1 needs to turn these tentative Park Bom appearances into something more substantive soon. Secret and After School urgently need to drop something or risk the apathy (and rage) of their fans. And T-ara needs to turn the tide in its favor again.

The alternative for many of these acts is simply oblivion. But the 4Minute and Rainbow comebacks are a sign that there is life in these groups yet.

2NE1 can do it. They have enduring popularity that few other acts could even dream of, and talent by the bucketload. With YG’s resources, they should easily be able to manage the PR side of the comeback and weather the storms of a controversy that has already died down considerably. They also have a sound that no other act has been able to recreate.

Secret can do it. Hyosung remains as popular as ever, and Ji Eun is an accomplished singer, while Hana is an exceptional rapper and dancer. The group also has TS Entertainment’s producers at its disposal, capable of creating music like this, this, and this. 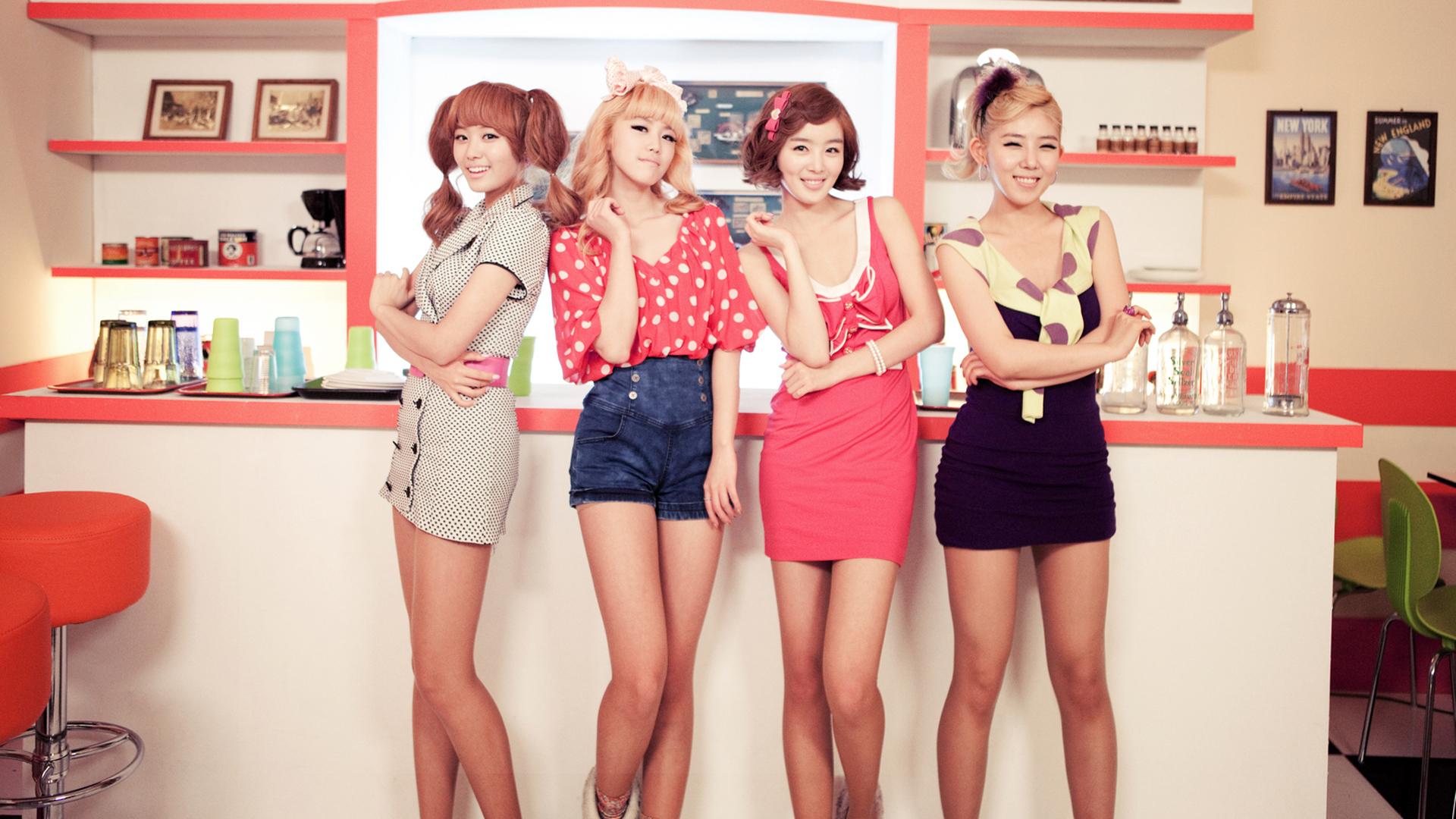 Rainbow can do it. The girls are an almost-constant variety show/drama presence. That does not come about without some large degree of talent and popularity. Musically they have been responsible for some really.good.music over the years. Admittedly, I’m completely biased on these matters, but I have always considered them the thinking K-pop fan’s girl group of choice.

After School can do it. Nana and co retain heavyweight popularity. Lizzy, Raina, Uee – c’mon, other groups would kill to have a roster that talented (and stunning). 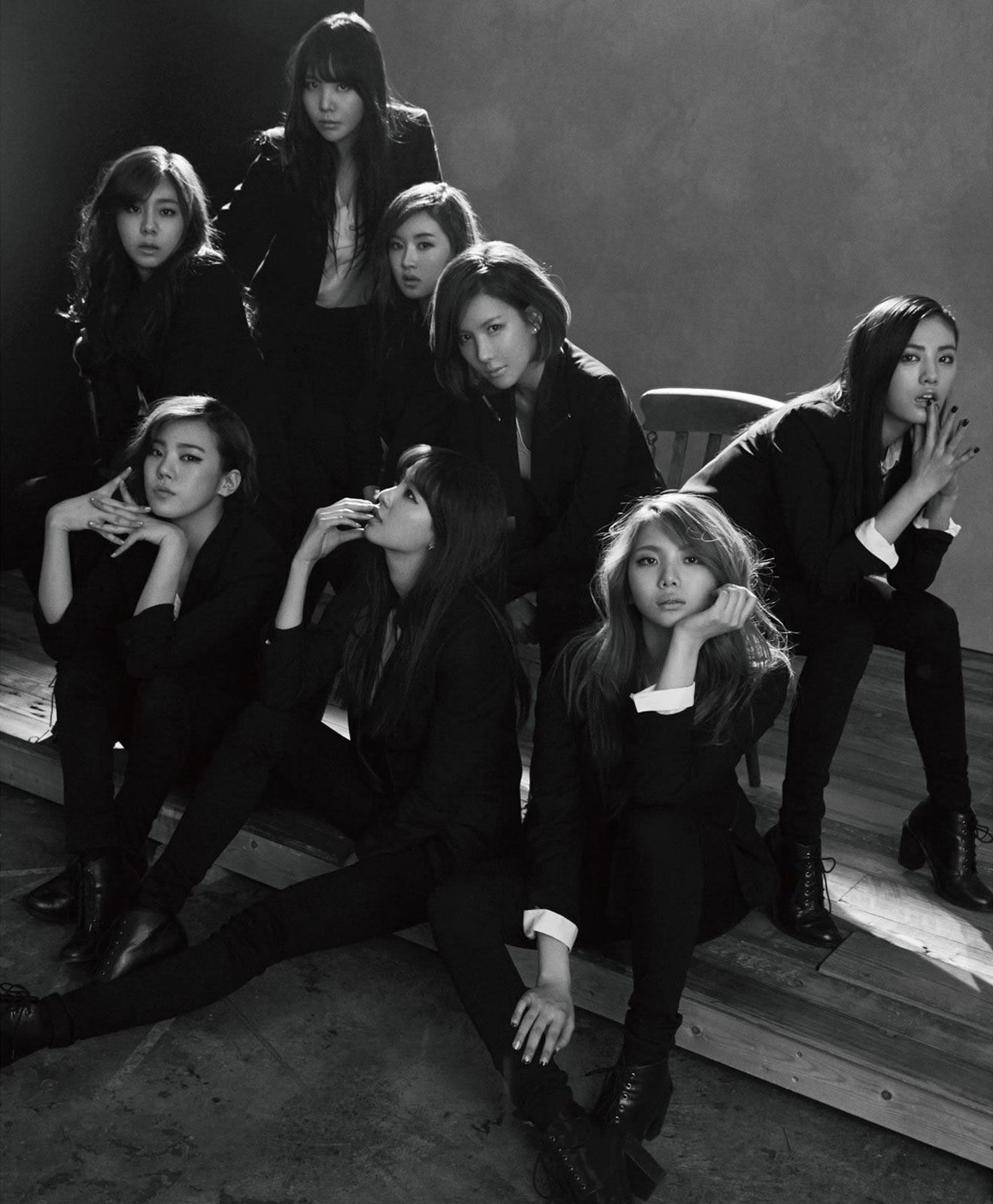 T-ara can do it. Jiyoung, Eunjung et al have shaken up the girl group scene before with a unique blend of 1970s-flavored material and infectious dancing. With everyone (I mean everyone) still on a seemingly endless 80s bender, T-ara could do with revisiting the delectable themes of “Roly Poly.” Because, let’s face it, nobody disco divas it up quite like T-ara.

The talent is there, at the agencies’ fingertips. All the decision-makers need to do is to look at the reasons that these groups became popular in the first place and develop songs that maximize their members’ talents.

The “Class of 2009” groups, all of them, can still make serious K-pop waves in the modern world: 4Minute is living proof of that.

For one, I want to believe. I want to feel the same optimism about K-pop girl groups as I did back in 2009, and it pains me to think of all the talent that would go to waste if these groups were to fade away. There must be scores of people like me who feel the same.

timmydee is a music geek with a penchant for pop, an enthusiasm for electronica and a hankering for hip-hop.

Soompi Spotlight
2NE1
4Minute
After School
Rainbow
Secret
T-ara
How does this article make you feel?