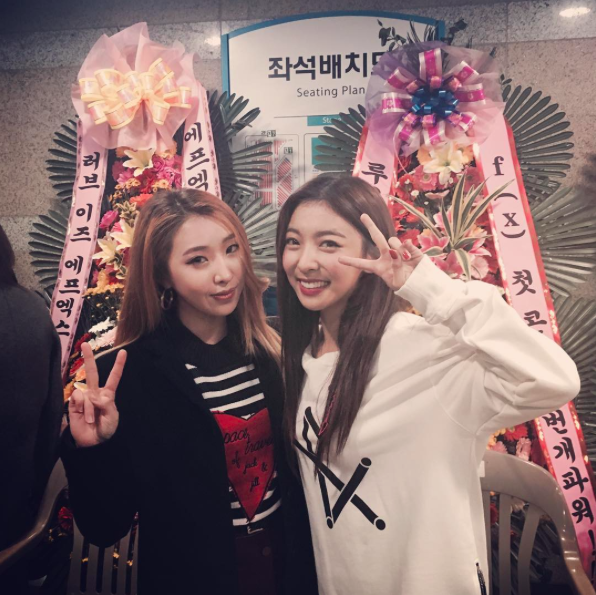 In their many years in the industry, the girls of f(x) have amassed some solid support behind them as they recently opened their first solo concert.

On January 30, Luna posted on her personal Instagram a picture she took with 2NE1’s Minzy, who had come to support f(x) at their concert. The two of them smile brightly at the camera, making “V” signs, and behind the two of them are wreaths that people had sent f(x) to celebrate their latest achievement. 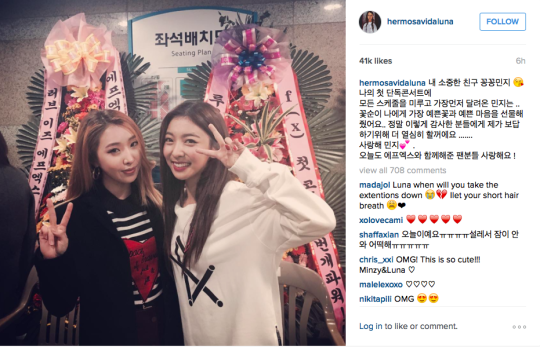 “My precious friend,” Luna writes in the caption. “She pushed aside all of her own schedules in order to support our first solo concert with the prettiest flowers. In order to repay all the people that I’m thankful for, I’ll work even harder. I love you, Minzy.” 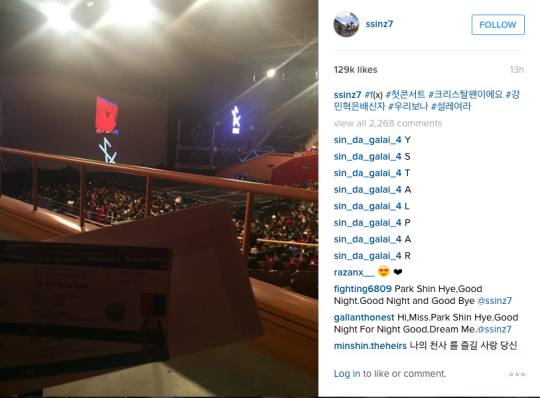