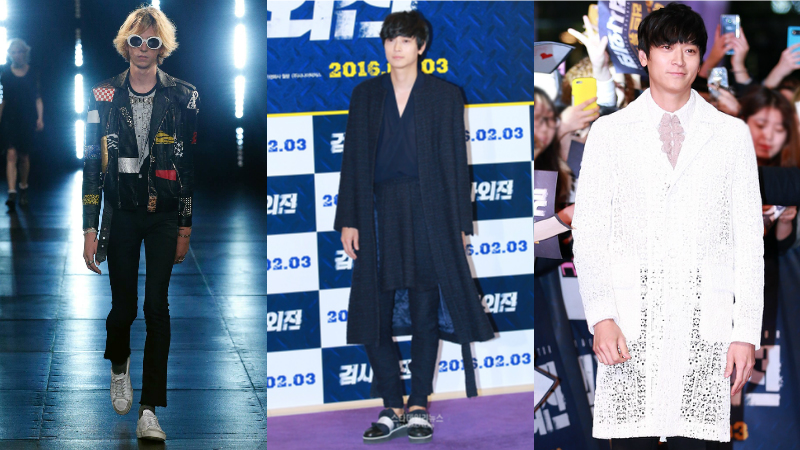 Hit or Miss: Kang Dong Won Tests the Limits of Fashion to Promote “A Violent Prosecutor”

Kang Dong Won is well-known for testing the boundaries of fashion, and he made zero exceptions for the press appearances of his latest movie! The devastatingly handsome actor and model attended a trio of promotions for “A Violent Prosecutor” in outfits that can best be described as inventive and fashion-forward.

For the movie’s VIP premiere on February 1, Kang Dong Won wore a Saint Laurent patchwork leather jacket ($9,990 USD) from their spring/summer 2016 men’s collection. He matched it with the same tuxedo print shirt, black skinny jeans, and white sneakers as seen on the runway look. 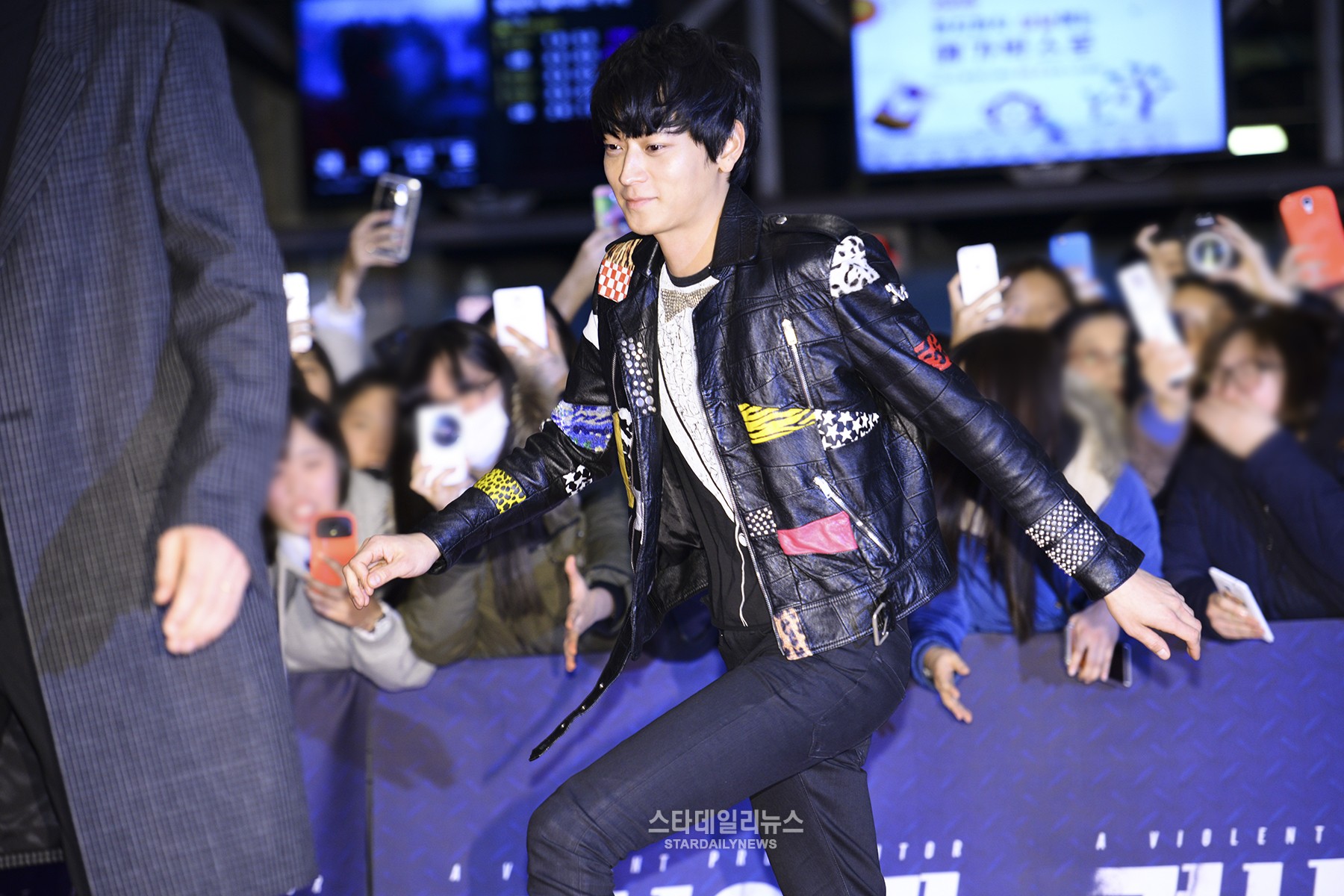 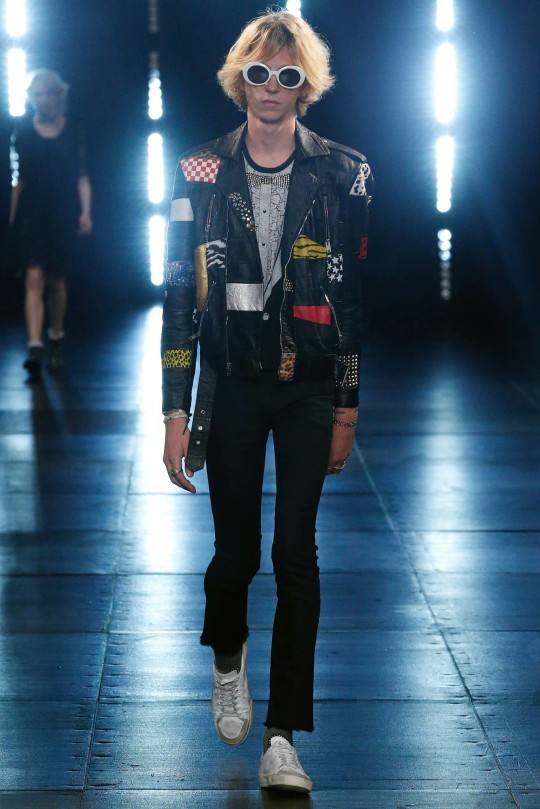 Next, Kang Dong Won attended the red carpet and showcase on January 28 wearing a Burberry starched lace coat ($4,095) from their spring/summer 2016 men’s collection, which he paired with the same lace shirt as seen on the runway look. He switched out the suede tassel loafers for painted patent leather derby shoes ($750), but keen-eyed fans created a cute GIF of him wearing the shoes at another event.

He stood with costar Hwang Jung Min, who praised Kang Dong Won as the best acting partner he’s ever worked with. 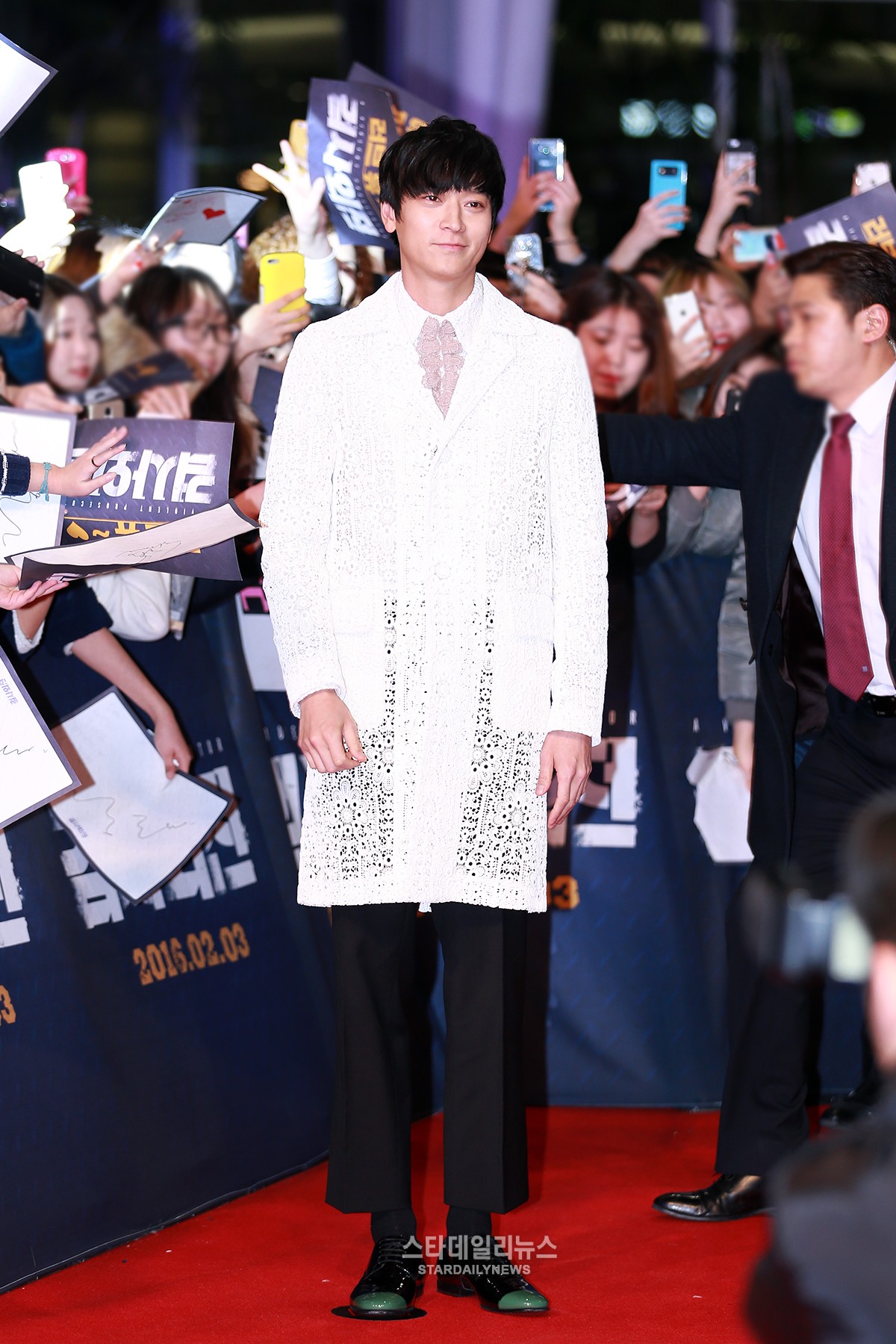 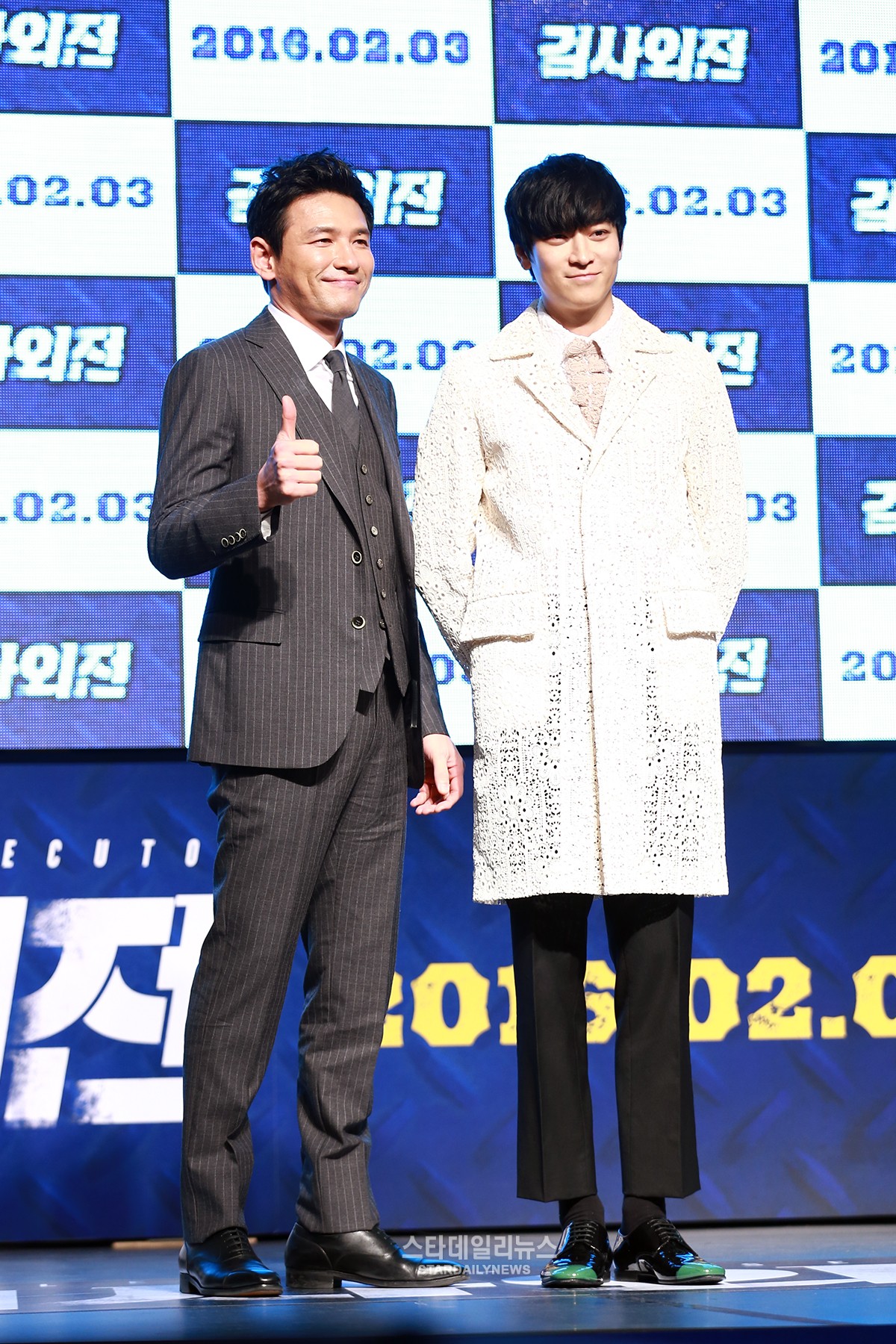 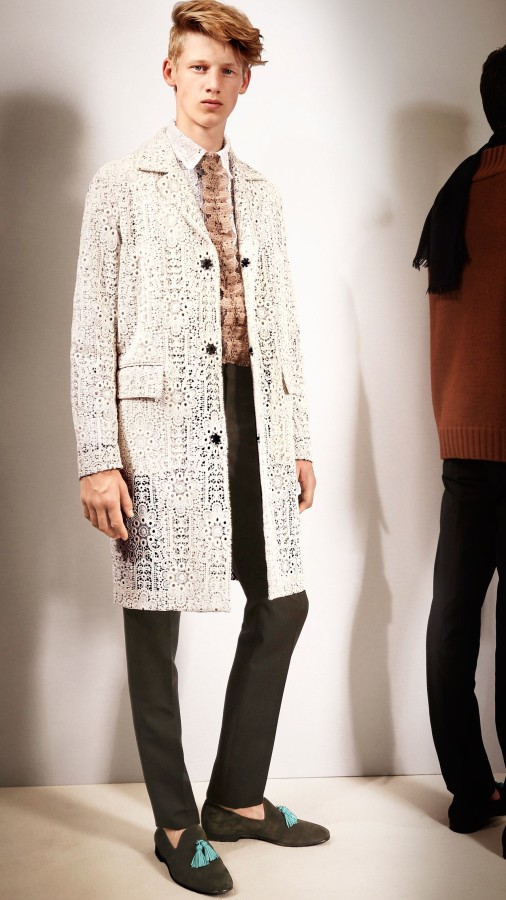 Last but not least, Kang Dong Won attended the press preview on January 25 in a navy blue tweed coat, pants, and kilt with a kimono top from SISE. 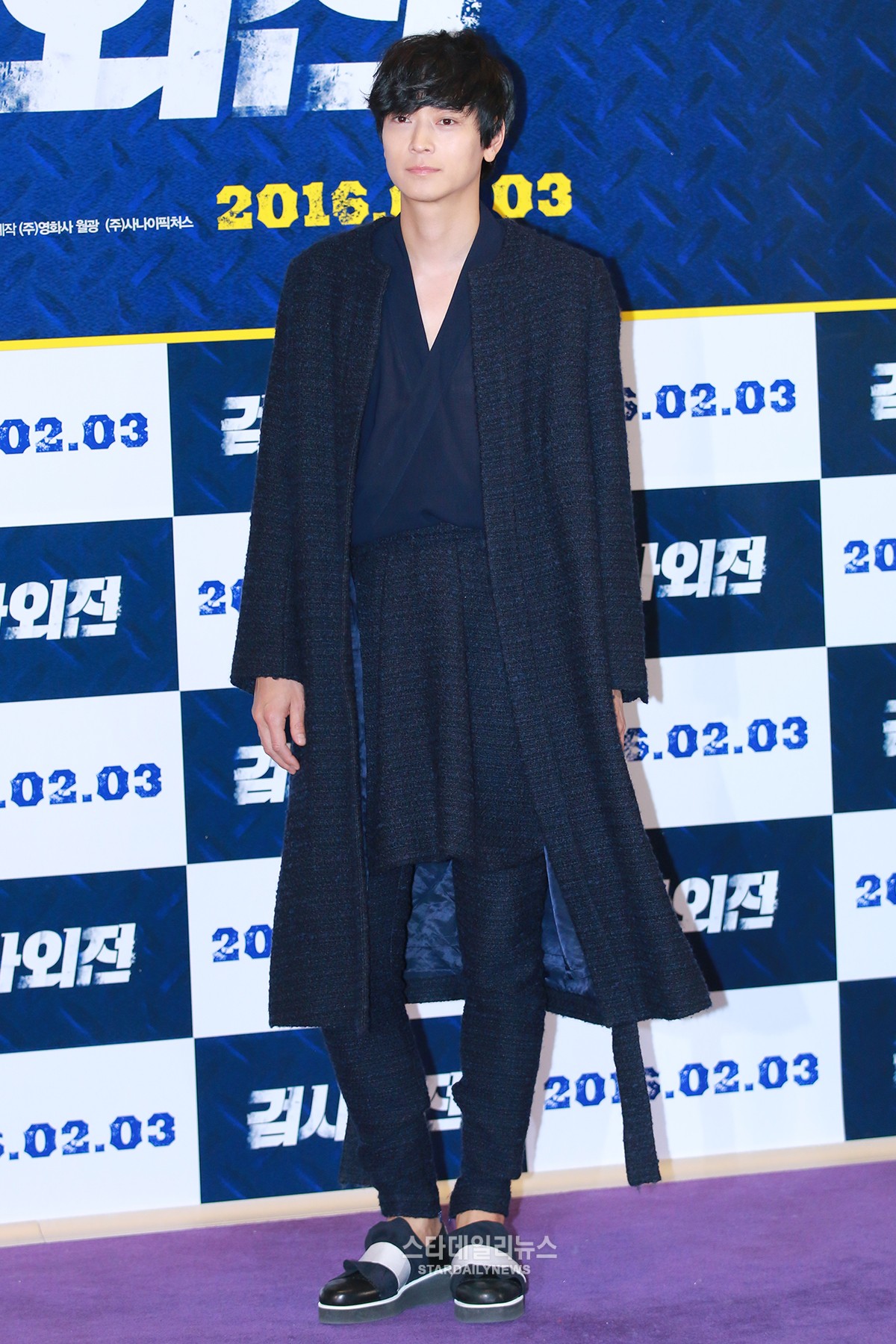 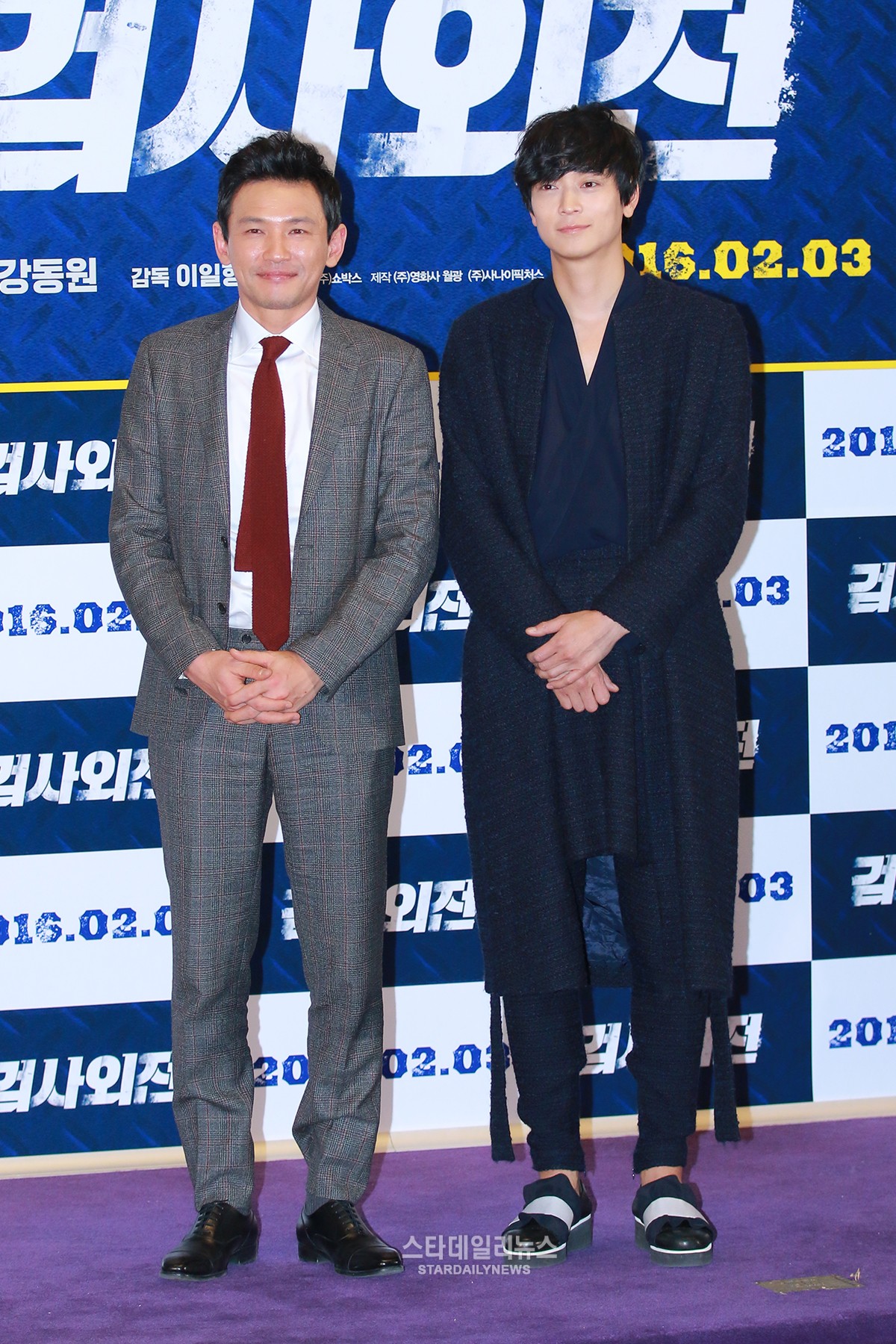 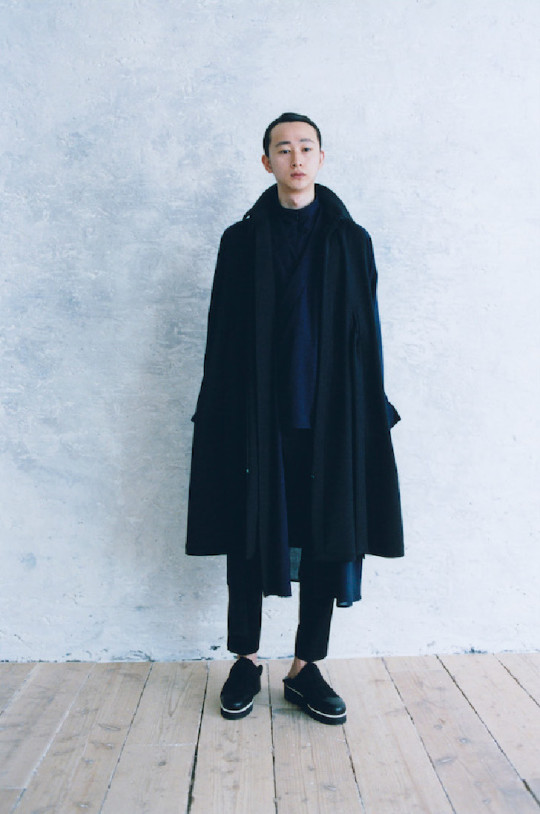 “A Violent Prosecutor” is about a prosecutor (Hwang Jung Min) who has been falsely charged with homicide who pairs up with a former prosecutor-turned-con man (Kang Dong Won) to get revenge on the people who framed him. The movie premieres in Korea on February 3.