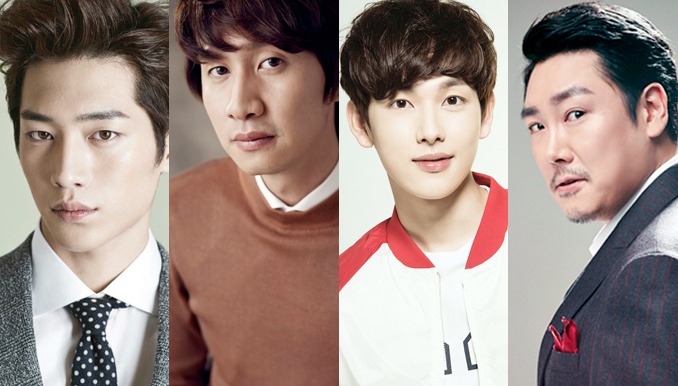 With tvN set to air a drama remake of HBO’s “Entourage” later this year, the show’s dream casting lineup has now been revealed!

Actors Seo Kang Joon, Lee Kwang Soo, Im Siwan, and Jo Jin Woong have all received casting offers from the show’s production team. According to reports, Seo Kang Joon would be taking the role of top star Cha Young Bin (whom fans of the original HBO show will recognize as the remake’s version of Vince Chase), with Im Siwan playing his best friend and manager Lee Ho Jin (the equivalent of Eric Murphy).

Lee Kwang Soo would be playing Cha Young Bin’s cousin, who is an actor himself but only plays small parts and is struggling to make it big (which is similar to the Johnny Drama character). Lastly, Jo Jin Woong has been offered the role of Kim Eun Kap, the head of the major talent agency that houses Cha Young Bin (this role may be inspired by Ari Gold from the original show).

Representatives of all four stars have confirmed that the actors have received offers from the show, but say that they are still considering the roles.

tvN’s remake of “Entourage” is expected to portray the reality of life behind the scenes of Korea’s entertainment industry. It is currently slated to broadcast its first episode in June, and will reportedly be airing on Fridays and Saturdays.

What do you think of this potential lineup for tvN’s version of “Entourage”?