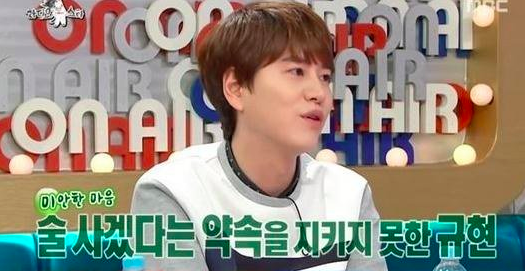 In a classic case of tit-for-tat, Yang Se Hyung and Super Junior‘s Kyuhyun dished out embarrassing stories about each other from a wedding they both attended.

On the February 3 episode of “Radio Star,” Yang Se Hyung started off by spilling about a wedding etiquette faux-pas Kyuhyun made. “Usually at weddings, you’re supposed to give money to the couple after the ceremony is over. But Kyuhyun just handed over a stack of four 50,000 won notes (approximately $166 total). It wasn’t even in an envelope or anything.”

Embarrased, Kyuhyun explained himself by saying, “I had intended to get an envelope for the cash, but my friend was about to get in his car to leave, so I just handed it over.” He added, “Also, it wasn’t four 50,000 won notes, but 20 (approximately $834 total).”

Kyuhyun then turned the tables on Yang Se Hyung by saying, “The wedding was at five o’clock, but anybody could see how hungover Yang Se Hyung was by his haggard appearance when he arrived. Our friend said, ‘Man, how could you? I’m only getting married once!'” 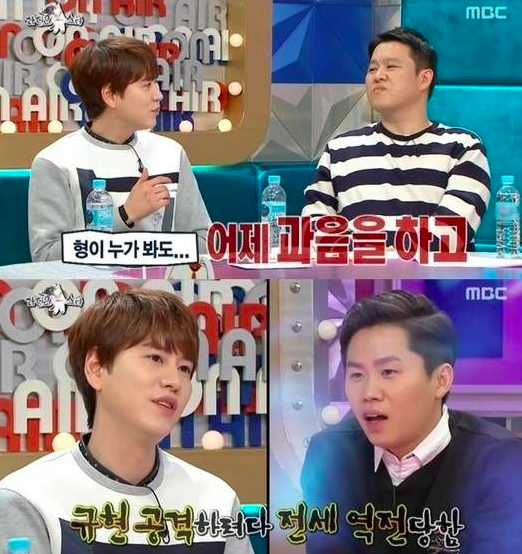