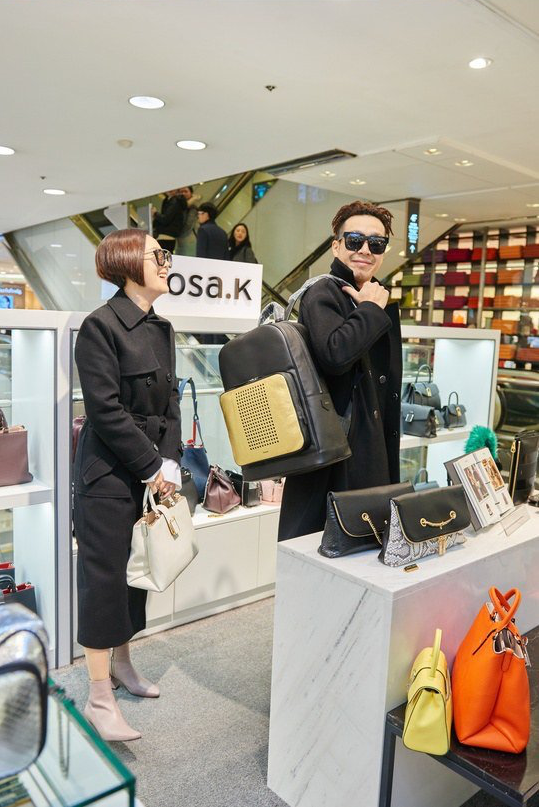 Star couple Haha and Byul donned some fashionable designer clothes on a recent shopping trip together!

Singer Byul and comedian Haha were spotted together on the third floor of the Lotte department store in Junggu, Seoul, trying on and showcasing some of the latest items from designer rosa.K.

Haha and Byul seemed to be having a great time as they wore matching black coats and admired the designer’s 2016 Spring/Summer collection.

It’s reported that as soon as the pair appeared, the whole store became full of Korean and Chinese fans who wanted to catch a glimpse of the couple.

Haha and Byul tied the knot in 2012, and have one son named Dream.